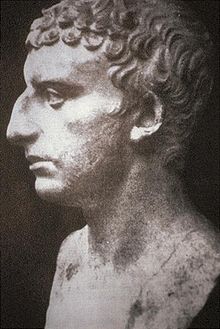 In a discussion on another post (on archaeology at Nazareth), a reader referred to first century Jewish historian, Josephus.

He suggested that Josephus had not mentioned Jesus in his history, and that this was “telling”. I felt the comment merited a separate post.

Did Josephus refer to Jesus? What is the current consensus of relevant scholars?

Titus Flavius Josephus (originally known as Joseph ben Matityahu) was a Jew who lived not long after Jesus and who wrote several volumes of history, particularly concerning the Jewish-Roman war of 66-73 CE. Initially the commander of Galilean forces against the Romans, Josephus defected to the Romans when he was forced to surrender, took on a Roman name, worked as an interpreter during the remainder of the war, gained his freedom and became an advisor to three Roman Emperors. Josephus was thus in a good position to recount the turbulent history of first century Palestine.

Josephus’ works have been substantially preserved. The earliest copies in his original Greek date to the tenth century, but a fifth century Latin copy has been preserved, plus there are many quotes in other writers. (Most of these writers were Christians, because the Jews regarded him as a traitor.)

The versions we have of his second work, Jewish Antiquities, make two brief mentions of Jesus. The first (often referred to as the Testimonium Flavianum) gives a brief outline of Jesus’ life and death, and includes information on christian belief about Jesus as Messiah and his resurrection. The second reference just mentions his name.

These references have been much welcomed by christians, because they provide independent historical attestation of the life of Jesus. However it is now generally believed that some or all of these references were added by christian copyists, between the original writing and the copies we now have.

The discussion between John and I

In response to John’s claims that Josephus didn’t mention Jesus, I pointed out that most scholars believe that a significant portion of the first reference and all of the second are genuine. I gave three references in support of this consensus, plus quotes from three scholars with recognised expertise in the area (Geza Vermes, Robert Van Voorst and Maurice Casey).

In response, John made the following points (which I have tried to summarise accurately):

A response to these points

Many sceptics make much of the distinction between “theologians” and “historians”, but the truth is that the distinction isn’t as clear as they suggest. The inference is that christians with a viewpoint are “theologians” and “polemicists”, and only those without such bias should be used as authorities. It is also inferred that no-one who is a non-believer could be a polemicist or biased.

The folly of such distinctions can be seen in the present case. Consider the four names offered so far as authorities:

…. and the academic consensus

But all four agree, and other sources (e.g. Early Christian Writings, Christopher Price and Wikipedia ) also agree, that the modern scholarly consensus is that a significant portion of the Testimonium is genuine.

Christopher Price lists the following scholars or all persuasions as accepting the authenticity of portions of the Testimonium: “Liberal commentators such as Robert Funk, J. Dominic Crossan, and A.N. Wilson, …. Jewish scholars, such as Geza Vermes, Louis H. Feldman, and Paul Winter and secular scholars such as E.P. Sanders and Paula Fredrikson. Even Jeff Lowder, co-founder of the Secular Web ….”

In addition, Feldman reports that the authenticity of the shorter reference “has been almost universally acknowledged” by scholars.

Few scholars believe that the entire Testimonium is authentic. A majority believe a significant amount of it is genuine, and a small number believe none of it is genuinely from Josephus.

According to Early Christian Writings, Feldman’s 1980 study, Josephus and Modern Scholarship, found that 4 scholars regarded the Testimonium Flavianum as entirely genuine, 6 as mostly genuine, 20 accepted it with some interpolations, 9 with several interpolations, and 13 regarded it as being totally an interpolation. That makes 75% who regard sufficient of the Testimonium to be authentic to show that Josephus did indeed write about Jesus. It also shows that very few regard the reference as totally authentic.

Christopher Price gives the same figures totalling 52, so it is unclear where John has obtained the figure 87. Price also quotes Peter Kirkby’s finding that of 13 books he reviewed since 1980, 10 supported partial authenticity.

3. Christian writers who we’d expect to quote the Testimonium

This point is much debated, and has some weight. But scholars note that few early christian writers quote Josephus, and speculate that if the reconstructed text is accurate, they would have little reason to do so. In the end, this is an argument that most scholars reject. Feldman mentions these facts, but still concludes that the Testimonium is partially authentic.

« Christians vs science?
People shouldn’t be bought and sold »