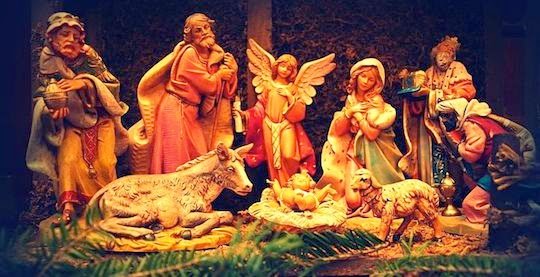 At a time when there’s so much scepticism about Jesus, as I discussed in my last post, is it reasonable to still believe?

The historians can only take you so far

The historians can tell us that we can be confident that Jesus really lived, he really taught about the kingdom of God, he was believed to have performed miraculous cures, he was executed and his followers believed he had been resurrected.

But is that enough to put our faith in Jesus? What about all the things that historians are unable to be certain about?

The historians leave us with a choice

Most historians would agree that the people at the time would have seen Jesus as something like a Messianic prophet. His followers came to believe he was also the unique son of God.

So was he a prophet and teacher whose faith in God was mistaken, so he was crushed by the unsympathetic power of Rome? Or was he the son of God whose death was a victory rather than a defeat? These seem to be the two main possibilities the historians leave us with.

But how can we be sure? is there enough evidence to know?

Either he represented God …. or he didn’t

Christians often use two ideas to justify belief in Jesus as more than just a prophet and teacher.

1. Could he, and his followers, have been mistaken?

If it was all a mistake, then his teaching was often wrong, he probably didn’t do any miracles, and he definitely wasn’t resurrected. You’d imagine he would have been forgotten after a few years.

But he wasn’t forgotten. And people not only believed in him, they kept on believing and making new converts – sometimes miraculously like Saul/Paul. They kept on reporting healing miracles in his name, right up to the present day.

His teaching, while not always totally original, has formed the basis of ethics and law across large sections of the world for two millennia.

So it is hard to believe he got it all wrong.

Christians often use Old Testament prophecy to “prove” Jesus in ways that are sometimes problematic. But if a prophecy suggests strongly that God planned it all way back, that would be good evidence. And there is such a prophecy, by Isaiah (9:2, 6-7).

The people walking in darkness
have seen a great light;
on those living in the land of deep darkness
a light has dawned.

For to us a child is born,
to us a son is given,
and the government will be on his shoulders.
And he will be called
Wonderful Counselor, Mighty God,
Everlasting Father, Prince of Peace.
Of the greatness of his government and peace
there will be no end.

Isaiah wrote that prophecy about 7 centuries before Jesus. The prophecy of a son whose rule as king would bring peace and prosperity would not have been exceptional at the time, but what are we to make of a son who would be called “Mighty God, Everlasting Father”, terms that Jews would generally regard as blasphemous.

I for one feel this is good evidence that God really did send Jesus.

Going beyond the historians

And if God really did send Jesus, then we can trust the gospel writers for far more than the historians can be sure of. Faith in Jesus can rest on the conclusions of the historians and the reasonable belief that God oversaw the whole event, including how it was recorded.

I don’t think that means there are no difficulties and no mistakes, but I do think it means that God has given us enough to believe if we are willing. If you cannot believe that, please don’t be offended. We can agree to differ, and I can continue to hope that you will “see” it someday.

« Shock! Horror! Turn off the Xmas lights! We shouldn’t be celebrating Christmas at all!
Is there anybody out there? Or are we alone? »