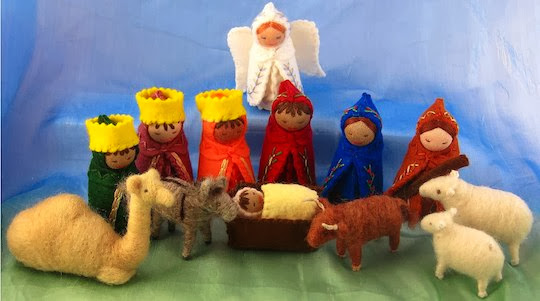 It’s that time of year, when even non-christians think about Jesus, at least a little. But what do they think?

What should they think?

Looking beyond the manger and wise men

We can all feel good about the stories of the baby Jesus – a young, poor pregnant woman seeking refuge from the cold winter, giving birth to a very special baby that few people recognised at the time. It doesn’t matter whether the star, the wise men, the shepherds and the angels were real or not, it is a good story.

But what about the rest of his life? What is the historical reality behind that?

What historians agree on (mostly)

There are probably more books written about Jesus than any other character in history.

Some modern day sceptics argue that Jesus never existed and the stories about him are legends, possibly inspired by pagan myths. But secular historians, of whatever belief, or none, almost unanimously reject such fanciful hypotheses.

Using the same methods as they would use to investigate other ancient figures, and without treating the Bible differently to other ancient writings, historians have come to a consensus about many aspects of Jesus’ life.

That is the data on which our personal belief choices can be made. How do we answer these questions?

Deciding honestly which is the most probable hypothesis is the challenge behind Christmas. I have outlined these options in a little more detail in Jesus – image of God?, for those who wish to accept that challenge.

To all readers, regardless, thank you for visiting my blog this year, and merry Christmas to you!

« The star of Bethlehem
Irrefutable evidence? »