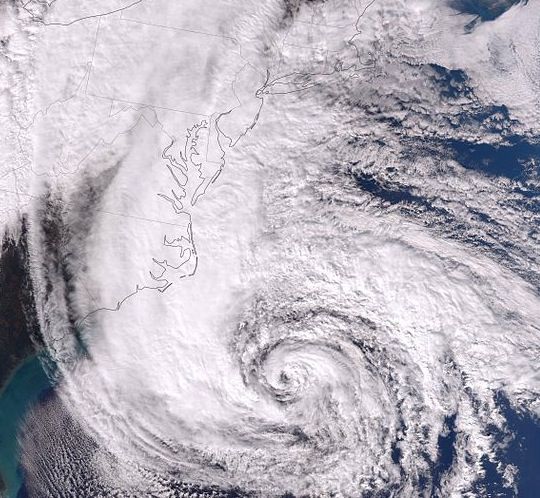 Hurricane Sandy has been in the news, as it left a trail of destruction and loss of life. The finger has sometimes been pointed at climate change as one of the causes, which it probably is, though no-one can know for sure.

Yet the destruction could have been worse, and recovery far more difficult, if such a hurricane had hit many other countries. And as this report from Telegraph columnist Fraser Nelson indicates, this appears to offer some hope for the future.

But I can’t help feeling this hope is short-sighted.

Nelson argues that the relatively low death toll, and the quick initial recovery in New York (some subways running, the Stock Exchange back in operation, scheduled events to go ahead, etc), point to the best way to address the effects of climate change.

The US has the resources to withstand the worst nature can throw at us, and rebound quickly. So, he argues, if poorer countries like Bangladesh can only increase their wealth, they will be far less affected.

This seems to me to be foolishness for two reasons:

There is no avoiding it, Nelson’s view is short-sighted. This is not the “answer” to climate change. We in the west need to change our behaviour.