Australia is currently engaged in (or suffering under?) a political debate on how we should address the issue of climate change. It isn’t so long ago that many conservatives did not believe the scientific evidence that earth is warming at an alarming rate, and this will have disastrous consequences within a century. Then the argument shifted to whether the predicted changes were human-induced. Now we seem to be arguing about how much we should change our way of life, and how much we should pay, to address the problem. But the fact remains that Aussies, per capita, are among the world’s biggest contributors to global warming.

The government has proposed to use market measures to reduce carbon emissions – first a tax on carbon emissions, at a rate which increases each year, later a carbon trading scheme. Most people seem to want to address the issue, but many object to the cost, whether to particular industries (such as the housing industry, mining, power generation, or the stock market generally) or on us all via the cost of living.

The Government estimates the cost of the carbon reduction scheme will add 0.7% to the cost of living, with most people paying lower taxes to compensate them. But many either don’t believe these estimates, or find this to be too much of an impost.

another way to look at it

At the same time, the newspapers are carrying stories of the drought in north-eastern Africa, with the UN estimating that 11 million people are facing a ‘catastrophe’. Photos show starving children carried by desperate and weary mothers. More than a billion dollars is needed. The European Union estimates that natural disasters have increased 5 times in the last 35 years, with the cost of meeting the needs resulting from these disasters rising 8 times.

Water shortages in Africa are one of the outcomes of climate change predicted by the computer models, and it seems we are seeing some of these effects now. (Of course the causes are complex, and this drought is not caused by climate change alone, but global warming is surely one factor.)

It puts our 0.7% increase in cost of living in perspective as trivial and our unwillingness to pay the cost to reduce our impacts on the world’s poor as selfish. We pay a small cost compared to the high human cost already being seen in Africa. 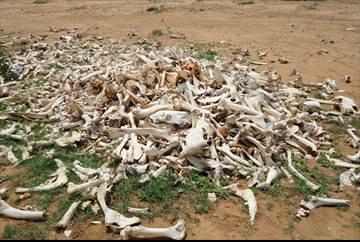 You could donate to World Vision here.