It’s an age-old question. Is there really a God? What can we reasonably believe?

But it’s also a modern question.

Most cultures have evolved with a religion. For those living in that culture, believing in that religion was part of life. Not really to be questioned all that much.

But in modern western cultures at least, we have moved beyond blind acceptance, believing by faith in what has been passed down to us.

We demand evidence. We ask for proof. We need reasons.

12 reasons: evidence from an inquisitive life 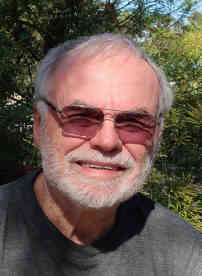 I am a child of that modern quest for answers with substance.

I wasn’t raised with a strong belief, but for half a century I have searched out and questioned the evidence for God. I have rejected some beliefs and some reasons and accepted others.

But I have concluded that God exists and he has left us clues to him being there and being interested in us. I believe we can follow the clues if we are interested, and find the answers. Answers that ring true and are satisfying.

None of my 12 reasons are new. Few of them are compelling on their own. But they are personal to me, for I have read, pondered, searched and discussed each one of them. And together they give me good reason to believe in God and to find in him purpose and meaning.

I share them hoping that you’ll also find them cumulatively helpful.

So over the next weeks and months I’ll be trying to condense this evidence down to 12 short outlines, each with follow-up reading if you are interested.

After I’ve completed this series, I’ll have a look at reasons NOT to believe in God.

1. Why does the universe exist?

Index to the whole series

Photo by Joshua Earle on Unsplash

« What would it take to convince you that a healing miracle had occurred?
1. Why does the universe exist? »