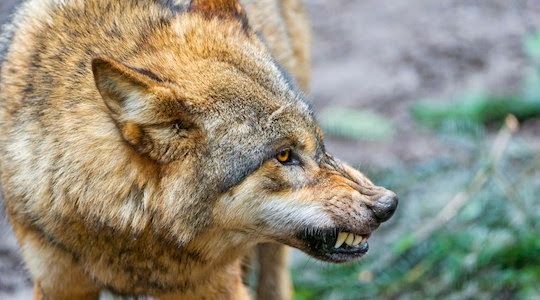 You may not have heard of Peter Boghossian. But one thoughtful christian blogger (Tom Gilson at Thinking Christian) thinks he’s a “dangerous man” and wonders whether his 2013 book (A Manual for Creating Atheists) might be seen as “a turning point in the decline of Christianity in the West”.

Perhaps Tom has been a bit spooked, but surely something’s going on to provoke this response.

Peter is trained in education and works in the philosophy department of a university. So you know straightaway that he should know something about atheism vs theism, and he should know how to communicate it.

He’s also an atheist, And not just any old atheist, but what you may call an ‘atheist evangelist’. Like many modern atheists, he thinks christians are delusional and he calls faith a dangerous belief, a virus and a contagious pathology.

But Peter has gone further than just critiquing theistic belief. Being an educator, he has written a manual to help atheists convert theists.

The manual was published about a year ago and is apparently selling well. The contents show that it is really a polemic against faith, against the idea that faith can be a basis for knowledge. But like I said, it isn’t just your bog standard atheist diatribe against religion like the writings of other “new atheist” authors.

This is a manual, a “how to” book. It doesn’t just attempt to inform but to train. You know this when the first chapter is titled “Street Epistemology” and offers “conversational tools to talk people out of their faith and help them to embrace reason”.

I wrote about the initial reaction of some atheists to the Manual almost a year ago, in Religion is a mind virus and our society needs healing from this faith pandemic?. So how have things been going for Peter and his crusade since?

Peter went on the road in the first part of the year, speaking mainly to fellow atheists, as his blog shows. But since July, the blog has been quiet, and his Twitter feed (echoed on his Facebook page) seems to have become more random and political (anti-leftist), and I’m not sure if he’s as active in promoting the ideas in the manual.

Reaction to the Manual

There were mixed response to the manual.

Nevertheless, some christians recognised that the book was well-written and likely to be effective because it recommended:

Some of his fellow atheists applauded his ideas and defended his radical ideas against the critics.

But other atheists were somewhat wary of its tone and message.

In May Boghossian debated christian philosopher Tim McGrew on the content of the Manual. Boghossian’s performance received mixed reviews.

The discussion mostly centred on the definition of faith. McGrew used the Oxford Dictionary definition, but Boghossian argued we should use the meaning used by most christians. He had a point there, but lost it again when he admitted he had no evidence to support his definitions.

Now the dust has settled

I’m thinking that maybe there are three take-home messages (so far):

1. Boghossian and his supporters haven’t been consistent on their definition and use of “faith”

It seems to me that these inconsistencies weaken his case because they suggest he is not as dependent on evidence and rational, truthful thinking as he wants to portray. On his Twitter feed recently were these two statements: “New Rule: Criticize an idea I actually hold as opposed to one you think I hold” and “It’s all too easy to slightly mischaracterize someone’s position in order to justify to yourself that you’re correct and they’re stupid.” It seems he needs to listen to himself – as we could all learn!

In my next post I’ll look in more detail at the definition of faith and its role in christian belief.

Most people like to express their opinion, and you can find many books urging and teaching us all to listen more. Many christian apologetics books recommend asking more questions rather than arguing. Boghossian is taking a similar approach, and has perhaps developed it better than most.

3. His suggestions for societal change are dangerously off-putting

Had he limited himself to the art of conversational evangelism for reason and atheism, I think this would have been a more effective and therefore dangerous (for christians) book. But the polemic based on religion being a mind virus, and his advocacy of “public health policies designed to contain and ultimately eradicate faith” have led many, including some fellow atheists, to recoil from what they see as dangerous bigotry.

In the end, such statements reveal Boghossian and those who support him in a different light.

« Eight ways to avoid evidence
What is faith? (Peter Boghossian vs the Oxford Dictionary) »