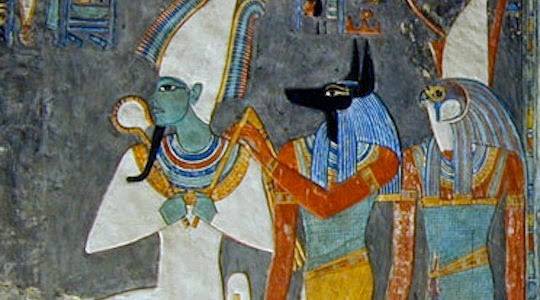 I came across it yesterday, not for the first time, but maybe the 21st. Quoted as if it was significant and telling. You have almost certainly seen it too.

I contend that we are both atheists. I just believe in one fewer god than you do. When you understand why you dismiss all the other possible gods, you will understand why I dismiss yours.

The quote is attributed to Stephen Roberts1. It is cute and sounds clever, but does it actually say anything?

One way to answer a cute, somewhat enigmatic saying is in kind. Here’s one such response

A single man once said to me: “I contend that we are both single. I am just married to one fewer woman than you are. When you understand why you haven’t married all the other possible women, you will understand why I didn’t marry your wife.”

If the original quote can be taken seriously, then this response is an effective counter. But I’d prefer to actually analyse the saying.

Why do I believe in the God of Jesus?

I believe in Jesus for some very clear reasons, which include:

So a significant reason I believe other descriptions of God are inferior to the christian description is because they don’t recognise Jesus as the son of God and resurrected.

But to assess the truth requires careful consideration of the historical and philosophical evidence.

This slogan tries to bypass that. I think anyone who uses it without doing the hard yards of presenting their case isn’t really serious. And anyone who does present a well-reasoned case doesn’t need such a question-begging slogan.

Afterthought: do I dismiss all the other possible gods?

I believe there is only one God. Many people have tried to describe God, and I have no doubt that some descriptions are more accurate than others. I believe Jesus gave the most accurate teaching about God, and where others teach the same things about God I believe they too are correct.

Is that how Stephen Roberts disbelieves? Does he simply disagree with some or most aspects of all descriptions of God, while agreeing with some? Again, the slogan doesn’t work.

Interestingly, the quote has been attributed to several different people named Stephen Roberts. GoodReads infers Roberts is the author of several books on computer modelling, but this appears to be simply opportunistic advertisements for a different Roberts. Wikiquote, based on a comment by Sam Harris, says the author was “Australian historian Stephen Henry Roberts”. But on Ask Atheists, a Stephen F Roberts claims to have originated the quote. Despite some searching, I have no way of knowing which claim is right, or who Stephen Roberts is.

Picture: From the tomb of Pharaoh Horemheb, showing the gods Osiris, Anubis and Horus, in Wikipedia. Original photo modified by A Parrot.