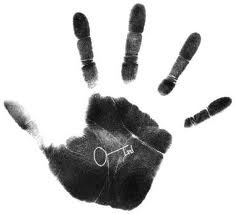 There has been a long campaign for chocolate companies to only source their cocoa from farms that don’t use trafficked child labour, and who pay the workers a fair wage. And progress has been slow.

I have previously reported how I have joined many others in writing to chocolate companies here in Australia asking them to adopt Fairtrade or other certification that guarantees ethical practices.

So it is always good to celebrate encouraging news.

I have just received an email from anti-trafficking organisation, Stop the Traffik, that Nestle Australia has committed in a letter to having all their chocolate sold in Australia certified by UTZ by the end of 2012.

Nestle’s action follows the company joining the Fair Labor Association (FLA) and is part of the company’s response to a FLA report into the company’s cocoa supply chain in Côte d’Ivoire.

In world terms, this isn’t a big step because Australia has such a small population. But it is symbolic. It will encourage activists to keep up the pressure on other companies, and will raise the bar on their response to child labour.

Let’s celebrate (by eating chocolate, of course), lets’ watch to see Nestle honours its commitment, let’s keep the pressure up on other companies, and, most of all, let’s start to support Nestle and buy its certified chocolate when it appears.

« Did Jesus’ followers worship him as divine?
Jesus vs Mithras »