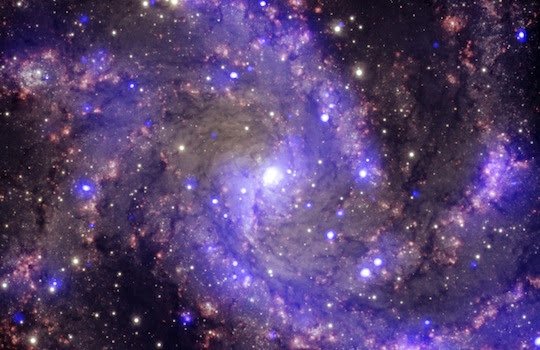 In recent decades, cosmologists have investigated the ‘fine-tuning’ of a number of physical laws and values that determine the structure and nature of our universe. It appears that these parameters have to be very carefully selected for our universe to survive and for intelligent life to evolve.

This scientific conclusions has been used to argue for the existence of God, so when two expert scientists strongly disagree, the stakes are high. 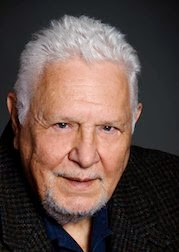 Victor Stenger is a semi-retired US particle physicist (formerly of the University of Hawaii), an author and a committed atheist. He has written a dozen books on science and religion, and has taken an interest in the fine-tuning question.

Of particular interest are his papers Intelligent Design and The Anthropic Principle, a computer simulation, MonkeyGod and the book The Fallacy of Fine-Tuning. 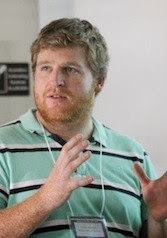 Luke Barnes is a postdoctoral researcher in astrophysics at the University of Sydney, having previously studied at Cambridge and worked in Switzerland.

He has taken considerable interest in the question of fine-tuning. On his blog, Letters to Nature, he has evaluated and critiqued the views of theists such as William Lane Craig and Hugh Ross, and atheists such as Lawrence Krauss and PZ Myers – and Stenger.

Stenger claimed in the book that fine-tuning is a fallacy. “The most commonly cited examples of apparent fine-tuning can be readily explained ….. Plausible natural explanations can be found for those parameters that are most crucial for life”

Barnes argued in a comprehensive paper later published in a reputable peer-reviewed journal (Publications of the Astronomical Society of Australia, 29, 4, pp. 529) that Stenger had got most of the science wrong in both his book and the MonkeyGod simulation. He concludes his review of the fine-tuning literature with:

Stenger responded with a brief (12 pages) paper which claims Barnes has misunderstood and misrepresented him, does not invalidate any of the book, which is in agreement with the literature.

Finally Barnes replied with a further critique, concluding that Stenger had failed in his objectives, and was clearly out of step with the science, quoting 7 of the world’s top cosmologists to illustrate.

It seems to me that Barnes’ case is far stronger than Stenger’s:

I don’t have any competence in cosmology, but Barnes has argued his case with impressive rigour and copious references to current research. Stenger’s case is, on his own admission, aimed at a more popular level, and therefore he doesn’t really address the scientific evidence referenced by Barnes.

Stenger claims “no prominent physicist or cosmologist has disputed my basic conclusions”, and he has corresponded with several prominent cosmologists and obtained their response to two questions he put to them. But their replies don’t support Stenger’s claim that they agree with him – they clearly disagree about the science – and Stenger has had to re-interpret their comments to suit his purposes Note 1.

Barnes is discussing the science, not theistic arguments, and Stenger’s conclusions on the science disagree with the impressive list of ‘world-class’ cosmologists referenced by Barnes (and even the ones he himself quotes). I have read some of the scientists Barnes quotes (Rees, Davies, Penrose, Susskind) and they definitely support the scientific argument for fine-tuning.

Stenger is an atheist who believes science and theistic belief are incompatible, and clearly has an agenda in arguing against fine-tuning. In some places he seems uninterested in the science, only in arguing against God; in other places he confuses the two. Barnes, on the other hand, has no stated religious or anti-religious belief (I would guess he is an open-minded agnostic), and argues from the scientific evidence alone.

What this may, or may not, prove

More on this site

He received replies from 4 cosmologists. Not one of them fully agreed with his claim (against Barnes) that the science supports fine-tuning all see some evidence of fine-tuning. Two support him in arguing that fine-tuning doesn’t need to imply theism (a claim Barnes never makes anyway).

Martin Rees didn’t give a public reply, so Stenger quotes some of his books to the effect that fine-tuning (which Rees accepts) need not imply a designer God – but ignores the fact that Rees clearly writes (in Just Six Numbers) that God is a possible explanation, but not a scientific one. Rees definitely supports Barnes’ view over Stenger’s.

The other three all offer some support for fine-tuning (again closer to Barnes than Stenger), and while agreeing with Stenger about fine-tuning not necessarily implying God, none of them express strong views about it.

It is thus clear that Stenger has seriously overstated and confused the support he received from these four cosmologists. On the matters taken up by Barnes, the cosmologists all support Barnes over Stenger – they clearly give examples where there is no natural explanation of fine-tuning. It is only on the question of whether fine-tuning implies theism that they cautiously agree with Stenger, but this isn’t a matter addressed by Barnes.

« Where was God in the bushfires?
Christians, atheists and confirmation bias »