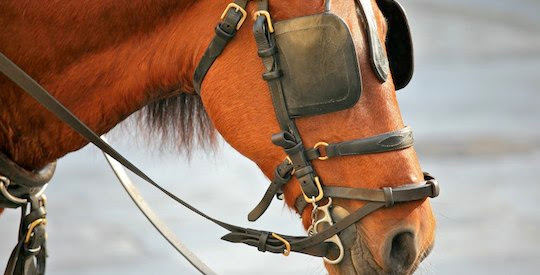 “Confirmation bias …. is a tendency of people to favor information that confirms their beliefs or hypotheses. People display this bias when they gather or remember information selectively, or when they interpret it in a biased way …. [or] interpret ambiguous evidence as supporting their existing position.” (Wikipedia)

Atheists often accuse christians of confirmation bias, but we all do it to some degree – it is part of developing a consistent world view. But sometimes it obscures the truth.

I have looked at this before (Is truth the first casualty in the atheist-christian wars?):

But there are other examples:

Scepticism about climate change is not confined to conservative christians, but it is common among them. Despite the evidence of the current weather patterns, and the strong consensus among climate scientists that human-caused climate change is occurring, and action needs to be taken now to reduce future impacts, many christians prefer to believe the minority of sceptics, many of them not reputable scientists at all.

The Bible is highly valued by christians, but what do we do with apparent inconsistencies such as between the four gospels, and in the teachings and historical accounts of the Old Testament? Some christians believe the Bible is without error, even though it doesn’t actually claim this, but this leads to some convoluted explanations. These may all be correct understandings, but it doesn’t seem that way.

I can’t help feeling it would be better to simply accept the Bible as it is, taking into account all the evidence, including the apparent inconsistencies, and base our view of the Bible on what it actually is rather than what we think it ought to be. (I think this is good advice for sceptics as well as believers.)

Again, I have looked at a few examples in Is truth the first casualty in the atheist-christian wars?:

And, again, there are more examples ….

As I outlined in my previous post, retired physicist and committed atheist Victor Stenger has gone against the consensus of cosmologists that universal fine-tuning is a well established scientific fact, still to be explained. Stenger appears to be under the misunderstanding that because most cosmologists don’t necessarily believe that God is the best explanation of the fine-tuning, fine-tuning hasn’t occurred.

Many atheists have followed Stenger in misunderstanding or rejecting the established science, presumably because it might be seen to offer support for the existence of God.

Christopher Hitchens famously said that religion poisons everything, and Nobel Prize winning physicist Stephen Weinberg said: “Religion is an insult to human dignity. With or without it you would have good people doing good things and evil people doing evil things. But for good people to do evil things, that takes religion.”

It is true that religious people have done some nasty things, but:

So Hitchens and Weinberg, and a whole host of other atheists, base their views on what they think should be true rather than the actual evidence.

Philosopher David Hume argued that no miracle could be so convincing that we should believe it – there must always be a more likely explanation. But this is only true if one considers miracles singly. If there are many, many miracles, then the probabilities change.

Craig Keener has estimated from surveys that more than 300 million christians claim to have experienced or observed a miracle, and if only a small number of these are plausible this constitutes strong evidence for God’s action in the world.

Yet it is very hard to get atheists to investigate the evidence, it seems they’d rather believe Hume instead.

It is natural that we all have some loyalty to our existing opinions, and it would be silly to change our mind every time a new idea comes along. But it doesn’t seem right to distort the evidence by confirmation bias.

To avoid it, we’ve got to want to. Both christians and atheists have to want to know the truth more than strengthen their existing view. I don’t suppose we will ever achieve it perfectly, but as a christian, I think we need to be open to new truths. Questions and doubts can be the gateway to new understandings.

« The ‘fine-tuning’ of the universe – Stenger vs Barnes
CS Lewis, atheists and the 21st century »