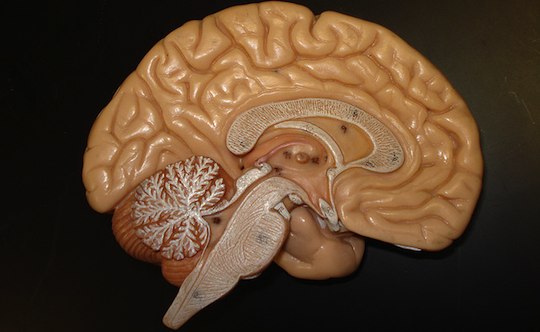 Materialism can be defined as the belief that everything that exists is material or physical. It implies that science, which observes and measures material things, is potentially able to explain all facets of existence. Thus materialism is closely associated with science.

Materialism leaves no place for God or supernatural beings. But, some argue, it also leaves no place for the human mind and true ethics, which presents a philosophical problem. And so philosopher Thomas Nagel suspects that materialism is not true, which puts him offside with many atheist philosophers and scientists, for he is challenging one of their basic assumptions.

The interesting thing is that Nagel too is an atheist.

For many people, nothing is wrong. But, if it is true that the material is all there is, everything about the universe could in principle be explained by material objects and the laws that govern them – i.e. fundamental particles and the four basic forces. Which seems to make self, mind and free choice illusory. Some are willing to go this far, despite it appearing to be contrary to what we experience, but others are not.

Nagel has been interested in these ideas for a long time. His 1974 paper What is it like to be a bat? (which must be one of the best-titled academic papers ever) discusses the fact that, while science can analyse all physical things in terms of more fundamental realities (such as fundamental particles and forces), it cannot analyse what it is like to be a bat, or to have the experiences of another conscious human being. Our minds, our experiences, our pain and senses are clearly related to brain states, which science can understand, but they are more than just those brain states. Here is something that physical science seems unable to describe, suggesting that there is more to our universe than the physical.

In his recent book Mind and Cosmos, Nagel starts at this point, and adds to his arguments. Not only is reductive materialism unable to understand mind and consciousness, he says, but it cannot explain how the physical processes of cosmology and biological evolution could have produced mind and consciousness, nor rational minds, nor a universe that is intelligible to us, nor true objective moral values, all things most of us instinctively believe in. He says:

Alvin Plantinga and others have argued that these difficulties are real, and (to over-simplify) point to God as the author of the non-material realities of mind, rationality and morality.

But Nagel has no interest in theism as a solution to his dilemma. He says he has no inclination to believe in God (he seems to be suggesting that a sensus divinatis is necessary to believe in God, rather than a rational assessment of the evidence, though this may not be fair to him). His other main reason for rejecting theism is that he says it doesn’t provide a satisfactory explanation of everything any more than science can, which I have always found to be a strange reason for rejecting something that could otherwise be true.

So Nagel is left suggesting that there may be a non-theistic, non materialistic explanation of the universe. He admits he doesn’t know what it might be, but says he is simply trying to open up the way for others to investigate.

Most reviews of the book (e.g. E Sober, J Dupre and Leiter & Weisberg) treat it with respect, but criticise it extensively. Most critics seem to be happy with materialism and its logical corollaries. Some criticise him for providing ammunition for theists, especially creationists and Intelligent Design advocates, assisting them to further critique evolution and science in general.

Where does this get us?

Science has been so successful at what it does that many use it to justify their worldview of reductive materialism. If Nagel is right, the cracks in that worldview will only get wider. But there are not yet all that many who think he is right, even though they lack adequate explanations of the facts he comments on.

I doubt Nagel has offered enough to change the minds of anyone, but he does perhaps strengthen the arguments of those who oppose reductive materialism, and arguably shows that some aspects of current thinking on science and materialism are as much matters of faith as of evidence.

« The burden of proof?
Atheism: reality or illusion …. or both? »