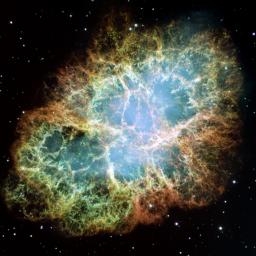 One of the enjoyable things about writing a blog is the things you learn when researching a topic. I have read a little on the big bang and the fundamental laws that underpin our universe and I agree with the suggestion that the universe didn’t get the way it is by chance.

But in preparing this post, I came across two new things that have made me feel this is a very strong argument for the existence of God.

The laws and numbers

Cosmologists have found that about a dozen fundamental universal laws and constants determine the broad shape and history of our universe – things like the strength of the four fundamental forces (gravity, electromagnetism and the strong and weak nuclear forces), the ratio of the masses of the electron and the proton, the initial speed of expansion of the big bang, etc.

But even more interesting, they have found that if any of these had been even slightly different, the effects on our universe would be huge. It might have collapsed in on itself very quickly and no longer exist, or flown apart so that there were no solid objects. It might have been composed of nothing but hydrogen. And it almost certainly wouldn’t be capable of supporting life, any life, and certainly not complex carbon-based intelligent life like us. In fact the odds of this happening by chance are astronomically (groan!) long. You can check out the details in Science and the design of the universe).

This has led to much speculation of how this happened.

These discoveries have given a new lease of life to an old philosophical argument for the existence of God – the teleological or design argument (teleology is the study of design or purpose). I came across a well-presented version of this argument in William Lane Craig’s Reasonable Faith and modified it a little. And here was my first pleasant surprise, for I found this formulation was very effective in bringing out the issues.

Analysis of the argument

All the premises (1-5) can be supported from the conclusions of the world’s most eminent cosmologists. Of course, not all cosmologists would agree with every one, but it seems most would. In particular, most agree that only an incredibly small number of possible universe would be inhabitable (premise 2) and that it is virtually impossible that our universe is the way it is by chance (premise 5).

The two most contentious premises are 3 and 4.

‘Physical necessity’ in premise 4 refers to the possibility that scientists discover an underlying law which explains the fine-tuning. It hasn’t been discovered yet and some cosmologists think the laws and constants cannot be explained this way. And if an underlying ‘theory of everything’ is discovered, it would still need to be explained. So premise 4 is likely to be true, but not certain.

Although they cannot prove it, many scientists believe our universe is but one of millions of universes that exist as part of a ‘multiverse’, and this is sometimes seen as the explanation of the fine-tuning – if the many universes all have different properties, then it may not be so unlikely that one of them is life-permitting universe. Effectively the multiverse becomes a fourth possible explanation in premise 3.

But (and this is the second new idea), the multiverse isn’t an explanation for the design, but part of the design. We can include it in the physical reality which we are seeking to explain – it too must be caused by necessity, chance or design. And it turns out that the improbability of the universe occurring by chance is so large that even if there were 10500 universes (the current estimate of the size of the multiverse), the odds are not significantly improved.

So it seems that the 5 premises are either certain (i.e. supported by the leading cosmologists) or probable. Which means the conclusion is probable, and this is a powerful argument for the existence of a designer. Of course the argument doesn’t establish that the designer is God, and certainly doesn’t establish if it is the God of any particular religion. But it is hard to think of any other way the universe could be designed except by God, so the conclusion is a big step.

The strength and clarity of this conclusion surprised me a little. You can read a full discussion of the premises and the counter arguments in The teleological argument.

« Jerry Coyne: why we don’t have free will
Jerry Coyne and free will »