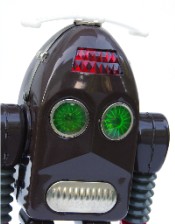 Jerry Coyne is a Professor of biology at the University of Chicago, probably best known for his book Why evolution is true.

In a recent column in USA Today, he presents the case for the unpalatable reality that our apparent ability to freely make choices is in fact an illusion.

The column raises some interesting issues.

Neuroscientists now know that the brain works through processes that are both electrical and chemical. They understand the laws that describe these processes, and ‘know’ that all particles and processes must follow these laws. There is no mind outside the brain, so what we call ourselves and our thinking and choosing are simply the sum of these processes. Therefore our choices are determined by the laws of physics, and we cannot choose differently.

Coyne says that it’s impossible in reality to act as if we don’t have free will, for consciousness, free choice, and even the idea of “me” are but convincing illusions fashioned by natural selection.

Difficulties with this view

1. This view reduces human beings from being freely-choosing morally-responsible beings to virtually robots made of meat. If people have no genuine choice, we cannot criticise them if they behave in ways we don’t think are ‘right’ for they had no choice – this applies to everyone from the neighbour who plays his music too loud at 2 am through to Adolf Hitler. And we intuitively feel uncomfortable with that, for it feels like we have real choice and are responsible for our actions.

2. If our free will is an illusion, so, logically, is our sense of self, for it too is no more than the outcome of pre-determined brain processes.

3. Our ability to reason and argue is also thrown into doubt, for if I decide that I agree with you in some argument you are presenting, did I decide that because your argument was true, or because I was pre-determined to think so? We might think that brains that produce true conclusions can be the result of natural selection because good reasoning assists us to survive and pass on our genes, but if natural selection has led us to believe in two things that are not true (self and free will), then this counter-argument is very doubtful.

4. Finally, it can be objected that Coyne has jumped from science has found no mechanism that allows free will to there is no free will, via an assumption that the physical world is all there is and science is the source of truth about the world. He may point to the fine track record of science in understanding the world, but that doesn’t alter the fact that he has made an assumption he cannot prove. He may further say that he has no reason, no evidence, to think there is anything beyond the physical, but it might be suggested that our experience as human beings seems to indicate there is indeed more than his science has discovered.

Perhaps it is true as Coyne has described things, and all the objections are simply people believing the illusion. But equally, perhaps it is true that we know ourselves better than the scientists do, for they can measure the brain but not the mind, and Coyne is the one living under an illusion. There is probably no definite way to prove things either way, and we will probably all choose on the basis of the assumptions we make.

Because I believe the universe points to God, I can readily believe there is more to us, and the universe, than simply what the scientists can measure. I will go on believing that our selves are real, we have the ability to make choices and are responsible for the choices we make, and we are capable of genuine reasoning.

Read more about our brains and freewill in Are our brains like computers? and about ethics in How do we know right and wrong?

« Did Jesus claim to be the son of God?
Was the universe designed? »