Everyone likes a story with a happy ending.

I collect stories of people whose life gets so much better when they see God at work in their lives. The stories have happy endings, but they also help answer the question “Is there a God?”

Some people want God to prove he is there through philosophy and logic, but others need to experience him in their lives, or else see it in others.

Here are some contemporary stories that are worth hearing. (And as a bonus at the end, I suggest a few thoughts we may take from them.)

Anna was a gifted but troubled child who suffered from epilepsy, an eating disorder and low body image. As she grew into an adult she explored alternate spirituality and sexuality. She became an actress and writer and some of her first parts were as a prostitute or “sex girl”. She explored bisexuality and enjoyed several different relationships and the feeling of liberation. But she ended up feeling dissatisfied.

Around this time she met several christians who didn’t behave the way she expected. They didn’t condemn her, but encouraged her. They explored spiritual issues with her without judgment. Eventually she attended some christians meetings, and found they had palpable spiritual energy. But she wasn’t interested in converting – christian faith sounded neither easy nor comforting.

But travelling interstate for an acting part left her in a hotel room at night and she came across – what else? – a Gideon’s Bible. She started reading the gospels and fell in love with Jesus. She took the Bible with her and read it in the hotel, on the trams, in wine bars, on the make-up chair at work. She expected to feel put down, but instead she felt lifted up.

She expected to find legalism that restricted her, instead she found an “invitation to freedom, grace and love”.

She expected to find religion that condemned. Instead she found Jesus. A Jesus that was on her side. The light of the world. She met him. He spoke to her, and invited her to “come and rest”.

“I received Jesus without choosing to. …. I read the words, and I believed them, where I had always assumed I would not.”

That was the beginning of an amazing adventure for Anna. You can read about it in Anna McGahan.

John studied to become a lawyer, in Scotland then travelled the world. He was disdainful about christianity. He ended up in Australia, married, started a family and became a successful lawyer. Life should have been good – but it wasn’t.

Their relationship became poisonous and eventually they split. John shared a flat with another man whose marriage had broken down, and was shocked when that man became a christian. They argued, for John was antagonistic. Eventually John agreed to go to church with his friend just once on condition that would be the end of the discussion.

They went to church, and there was his wife! She wasn’t a churchgoer, but had ended up there by accident and coincidence. He sat with her and listened to the speaker. Suddenly and totally unexpectedly, he says: “I knew there was a God and … I knew that he loved me. I can’t explain that.”

They agreed to give things another go, and this time they truly did live happily ever after. They both became christians. John became a leading barrister and Federal Court judge, and died just this year, still a believer. Read his story at A life-changing coincidence.

By her mid thirties, Rosaria was a university professor of English and Women’s Studies, radical politically, a feminist and a gay activist. She was a lesbian and an atheist, and active in many social causes. She experienced christians, especially the religious right, as hateful to the LGBTI community and feminists, and having anti-intellectual attitudes.

She began to research the religious right and read the Bible to understand where they were coming from. Then she wrote an article in the local newspaper. There was a deluge of responses. Most were polarised – either fan mail or hateful, but one response stood out. A christian pastor wrote a kind letter encouraging her to research further.

This began a most unlikely friendship, as she socialised with the pastor and his wife and they met her friends. They discussed christian faith in a friendly manner and she read the Bible and other books they recommended. She realised most of her prejudices about christianity were unexamined assumptions. And so she examined them.

She feared it and fought against it. “I did not want to lose everything that I loved. But the voice of God sang a sanguine love song in the rubble of my world.” And so she converted. Her life took on several surprising turns – you can read about them in Two atheist professors. 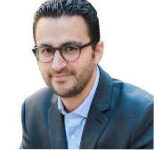 This is an unusual story of love and loss over two continents Guillame was a French atheist and sportsman (volleyball) who met an attractive American christian girl while on holidays in the Caribbean. Unfortunately for his romantic aspirations, she told him she didn’t believe in sex outside of marriage.

They went their separate ways, but the relationship continued long distance. He decided to try to convince her that her views on God and sex were wrong, so he started reading. Including reading the Bible. He grappled with understanding the Bible, and even prayed to God to reveal himself.

Nothing much happened at first, but unable to play sport because of an injury, he decided to visit a church. After some deep spiritual experiences and many long discussions with the pastor, he finally decided christianity was true after all, and he placed his trust in Jesus.

He flew back to America, met up with the woman who started him on this journey, and they decided they weren’t for each other after all. But Guillame stayed in America, married someone else, studied and became a theologian. Read it all in The Things we do for love.

Leah grew up in an atheist family and studied political science at Yale. There she engaged in debating, and she came up against thoughtful christians.

She was especially interested in ethics, and she couldn’t shake the conclusion that moral statements are really true. She didn’t think evolutionary psychology explained what she believed about ethics and she came to think that the moral law was like a person. And of course, there was only one “person” who could be the basis of a universal moral law.

She continued to blog as an atheist while she explored this conclusion, but in 2012 she announced she was a christian and joined the Catholic church. Read more at More atheists convert.

God wasn’t part of Holly Ordway’s early life. Her family weren’t believers and by the time she went to college to study English, she was mildly dismissive of christianity. But she had a strong sense of right and wrong and a longing for meaning. College strengthened her disdain for christianity but “the power and beauty …. the absolute emotional honesty” of Gerard Manley Hopkins made a deep impression.

Out of college, Holly identified as an atheist and began a career teaching English literature at college. But English poetry was full of christian poets, and she found that her favourite authors were christians. So she decided she should learn more about the faith that motivated these authors and poets. And she discussed it all with a christian friend.

She read voraciously – CS Lewis, philosophers JP Moreland and WL Craig, and New Testament scholar NT Wright. The former convinced her that God existed and Wright convinced her that Jesus really did rise from the dead. For a while she believed intellectually it was true, but felt no real connection. It was CS Lewis’ Narnia books that gave her the imaginative boost she needed to cross the line. 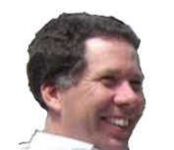 Gary was a young man with very clear aims in life – he wanted to be a millionaire, have a beautiful wife, and many other girlfriends as well. But strange things kept happening to him.

He went to the pub with a friend, with some stolen pornography up his sleeve. They followed two girls across the road into a church, and the preacher said in the middle of his talk: “So you came to the church for the first time. You have been lying and stealing and looking at your pornography.” Gary was shocked and he wondered….

Then while having a beer with mates they began to rubbish christian belief. A voice in his head said he should defend the faith, and when he did, he felt like he had been hit by electricity and he fell to the floor. His mates left him there. Later he asked a christian friend what had happened, and he friend told him he had been praying for him at that exact time. So Gary wondered some more.

He concluded these strange events were real, and signs from God, so he decided to follow Jesus. He married and became successful in business, using the profits to support local youth work. So he achieved half his life goals. Read more at Conversion stories. 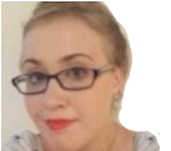 Megan grew up without any religion. In her teens she avidly read Dawkins, Harris and Hitchens, who confirmed her conclusion that atheism was the only viable philosophy. She read Catholic authors because she believe Catholicism was the enemy of reason.

But, unexpectedly, she found the Catholic arguments to be well reasoned, giving better answers on metaphysics and ethics than atheism did. And when she looked at the lives of Catholic friends, she felt their lives made more sense. So she converted to Catholicism at age 20. read more at More atheists convert.

3 things that stand out

In my last post (Do you think your (dis)belief is logical?), I discussed the different reasons christians choose to believe:

Reading over these accounts again as I prepared this post reinforces a few conclusions:

If you are trying to work out whether God exists or not, and what relevance he has for you life, I suggest these stories can tell you a lot.

And if you are already a believer, they may give you some ideas on how to share your faith with your friends.

Graphic: montage of people who have experienced a new reality.

« Do you think your (dis)belief is logical?
Christians and evidence »