You may think that in most secular western countries, most people are giving up faith in God and religion is dying. But this is only half the story.

For statistics also indicate that many people are converting out of a non-believing background (see note 1 below).

Here are a few of their stories 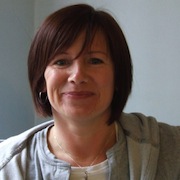 The people and their stories

Lisa suffered the tragic deaths of her brother and mother before she turned 21, leaving her “full of guilt, anger, pain, sorrow and frustration”. The effect was catastrophic:

These losses left me desperate for love but led me to a roller-coaster ride of self-destruction and criminal behaviour. This eventually lead to several prosecutions and a number of short spells in prison.

Looking for love, she entered into a series of relationships, leaving her a single parent of 3 children with a history of abuse, violence and drugs. At 33 she was “broken and empty”

One day, walking home from work, she stopped to chat with a lady arranging flowers in the local church. She was invited to church and from there to a series of meetings explaining the christian faith.

Later, she sought prayer for her past, and “God set my heart on fire and his love, patience, kindness, grace and mercy poured into my life repairing all the damage that fear, guilt and being chained to my past behaviour had caused.”

From drug addict to pastor 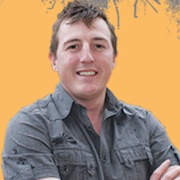 Richard was a drug addict in remand for aggravated burglary. He had 30 previous offences. To help cope with feelings of guilt, he began attending prison chapel. He found it made him feel much better, while he was there.

The pastor offered him a Bible, but he already had one – the prisoners found the thin pages useful for rolling their own cigarettes.

One day he tore out a page to have a smoke, but an ‘inner voice’ told him he should read the page. It was from the Gospel of John, and he found it ‘captivating’ – and it allowed him to go to sleep in peace that night.

The next day he read more, and tried to visualise what this Jesus looked like. The only image which came to mind was of a statue of Jesus on the cross, in a nearby church. The image seemed to come alive in his mind, and Jesus seemed to look at him and say: “Richard, I did this for you.”

Richard was deeply affected by this, offered his life to Jesus. He began to experience, slowly, day-by-day, a healing of his addiction, until he was completely free of his craving.

Today Richard is the pastor of a church in Wales, and is the director of a program which helps rehabilitate addicts and former prisoners.

Nicky was not brought up christian, and when she was old enough to decide, she chose to be an atheist. Her disbelief, at least in part, stemmed from her brother requiring chemo and radiotherapy for cancer.

She had a christian friend at school, but wasn’t interested. However when she was 13, a cancerous lump was found on her knee. She was so worried about what had been an ongoing problem, that she decided to pray. She told the God she didn’t believe in that if he took away the cancer, she would look seriously into christianity.

She was finally cleared of cancer, without any extensive treatment, so she started to challenge her christian friend for answers to difficult questions. She found the answers to be “annoyingly good”.

Then a second lump formed, this time in her wrist. And this time she went to her friend’s family for help, and, after prayer, the lump and the pain disappeared. She understands this isn’t proof of God, but found it convincing enough to choose to believe.

Getting a right perspective on life 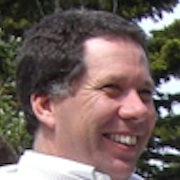 Gary was a young man with very clear aims in life – he wanted to be a millionaire, have a beautiful wife, and many other girlfriends as well. One evening Gary went to a local pub with his friend. Up his sleeve was some pornography he’d stolen earlier that day.

Unexpectedly, while still in the pub carpark, his friend followed two girls across the road into a church instead. Gary followed. Even more unexpected, the preacher said in the middle of his talk:

“So you came to the church for the first time. You have been lying and stealing and looking at your pornography.”

The preacher went on preaching and explaining the christian faith. Somewhat shaken, Gary thought that perhaps there was ‘something in this Jesus thing’, and resolved to read the Bible and go to a safer church, but definitely never become a christian.

But strange things kept happening. While having a beer with mates on New Year’s Eve, they said that christianity was ‘bollocks’. Gary felt a voice say: “Speak for me”. He refused, but the voice was insistent: “Just say ‘that’s not fair’.”

Reluctantly, Gary began to speak these words when he felt something as powerful as electricity go through his body and he fell to the floor. His friends left him there.

Gary felt he needed to understand what had happened to him, so he spoke to a christian mate about his experience. “When did this happen?” his friend asked, and they worked out that at that time, his friend had been praying for him, and his friend had had a similar experience.

Gary pondered this for some time, and eventually decided that these events were signs that God was real. So he decided to follow Jesus. Gary achieved two of his life aims: he became a successful businessman and married a beautiful woman. But never cheated on her. He uses the profits from his business to fund youth work in his local church.

Other stories in brief

Their experience of God led each these 8 people to change from unbelief to belief. Most of them had experiences that would have been difficult, if not impossible, to regard as coincidences. Some of them experienced healing.

Our experiences, which come to us through our senses, are primary information, and will general outweigh any arguments that people may present to us. It is therefore not surprising that these 8 people made the choice they did.

For the rest of us, hearing these experiences as outsiders, the stories may be less convincing. But these stories are only the tip of the iceberg. I have recounted other similar stories on this website, and there are many more. It would take a robust disbelief to argue, contrary to the evidence, that all these experiences have been misunderstood.

I hope these stories encourage us all to believe that there is hope and there is a God who cares and heals.

In most western countries, church attendance is on the decline, and non-belief is increasing. However non-church spirituality (which may include non-denominational christians as well as less defined beliefs) is also growing – see data for USA, Australia and a range of (mostly European) countries.

Some of these studies show a significant difference in the ‘conversion’ and ‘deconversion’ rates – e.g. in the USA, 11% of people have left their religion and only 4% have moved from unbelief to belief.

In Europe, there is wide diversity. In most western European countries, the gap between the numbers of those who have stopped believing in God and those who have started believing is typically about 5-10% of the total population. THat is, if 15% of the population have stopped believing, 5-10% have started. However in many other European countries (mostly in Eastern Europe), conversions to belief in God are greater than to non-belief.

Finally, a study in the UK found a very narrow gap – 8.3% of the population had stopped believing and 7.8% had started.

Stories were obtained from The Word on the Wind by Alison Morgan. I have used this source because I regard Alison as a trustworthy source, and I think most of the people are personally known to her. Some of the stories are available online:

Photos were taken from the references above; Gary’s photo from Oakhill Methodist Church.