Five very different people grow up atheist or choose atheism early in their adult life. Yet somehow it doesn’t seem right to them. And so, through different circumstances, they all turn and convert to christianity. For two, it happens in their early 20s, for others it is in the middle of life, and one makes the change at age 62.

Each story is different, and there’s a lot we can learn from them.

I found all these stories on the web over the past 5 years or so.

The Raving Atheist is a mystery man whose name and photo I have never seen. He read Bertrand Russell’s Why I Am Not a Christian while at High School and from then on considered himself an atheist. He studied law and eventually became a lawyer, along the way developing an interest in religious cults like the Moonies and Scientology.

He studied philosophy in his spare time and was influenced by a strident atheist professor to take stronger stance against religion. He began a blog with a friend, and then his own blog, in which he declared that all definitions of God either were self-contradictory, incoherent, and meaningless or could be refuted by empirical, scientific evidence.

A discussion with a Catholic blogger turned his attention to the ethical question of abortion. He felt that neither side in the debate really used rational argument, which dented his confidence in the value of godlessness in the search for truth.

Meeting a woman who had been deeply affected by having a late term abortion led to him concluding that abortion was murder, and he threw himself into the “pro-life” movement. He was still an atheist, but his respect for his fellow pro-life workers led him to announce on his Raving Atheist blog that he was pro life, and later that he would no longer be mocking God on the blog.

Four years after he started on this journey, he and his wife began to attend church. He decided to go forward for Communion at the Catholic church (which he wasn’t supposed to do as an atheist), and while in the line he heard a voice say distinctly So much for the atheist. It wasn’t the voice of God however, but that of a somewhat disheveled man behind him in the queue, which two others also heard, but it did make him think.

His thinking led him to the conclusion that he couldn’t believe that the universe with its order, love and human hearts and minds all came into being randomly. A couple of years later he announced on his blog that he was now a christian, and retitled it The Raving Theist. He said recently I have never been happier in my life. 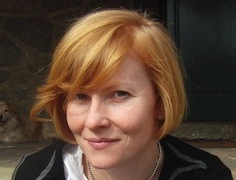 Ana Marie studied history, worked in publishing and edited several magazines including online magazine (or blog) Wonkette, which she founded. Later she became a TV news correspondent and political columnist.

Her upbringing wasn’t christian – her mother was agnostic and her father a casual atheist – but she went to church as a child. Details of her life are sketchy, but Wonkette is reported to have values very different to conventional christianity. Whether this made her an atheist, I am not sure, but I have included her here because she wasn’t far off.

Then just a few years ago Ana Marie “came out” as a christian, which was a surprise to most and a big deal to some. For many, the interesting thing was that she has not given up her leftist values, still being pro choice, supportive of LGBTI rights and critical of right wing politics. This goes aganst the public perception of christians in the US.

Some commentators have suggested she began to believe in a higher power as part of a 12 step program, but Ana Marie mentions the illness and eventual death of her mother as a time when she started to pray more seriously. She says she came to believe gradually.

Her faith doesn’t seem to be so much intellectual as experiential. It appears that she simply believes and finds that this works in making her life better: I try, every day, to give my will and my life over to God. I try to be like Christ. I get down on my knees and pray.

She made changes in her life after her mother’s death and her divorce – leaving the Washington political journalism scene, reportedly getting engaged and, some say, appearing to be much more at peace. 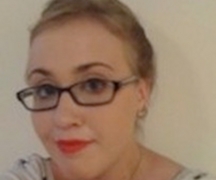 Megan grew up without any religion, which was irrelevant to her, and in her teens avidly read Dawkins, Harris and Hitchens. These writers confirmed in her the conclusion that atheism was the only viable philosophy.

After a while, she realised she needed to read more widely than these polemicists, and she decided to research the ideas of Catholics, for they seemed to her to be the most egregious enemies of reason. So she read Pope Benedict’s Regensburg address and On Conscience.

She expected to find bigotry and illogicality, but instead found a well-reasoned argument for God as the self-expressing standard of goodness and objective truth towards which our reason is oriented. She wasn’t convinced, but resolved to look further.

She found non-theistic morality either meaninglessly subjective, or repulsive, and felt the atheist approach to metaphysics didn’t begin to address arguments like Aquinas’ Five Ways. She was surprised that she found Catholic arguments far more persuasive and its belief system much more coherent.

There still remained a difficulty in her unfamiliarity with Catholic practice of religion. Books had convinced her that Catholicism made more sense than atheism, but it was observing the lives of friends which finally helped her turn the corner. And so, a few years ago, when she was about 20, Megan chose to be baptised. 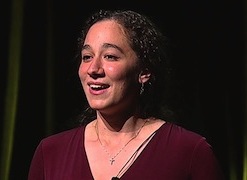 Leah is another person who grew up in an atheist family. She says there wasn’t really a time when she wasn’t an atheist, but it wasn’t something she thought about much.

She attended Yale University, graduating in political science in 2011, but obviously ended up with some good mathematics and computer knowledge, for she now works as a statistician.

At university she joined a political debating society, and found herslf arguing against thoughtful, creative Christians. Many of them were Catholic, and she found her previous atheism reading didn’t fare well against them.

She found herself particularly interested in ethics, and she couldn’t shake the conclusion that moral statements are really true, and she was really committed to that view. But where did they come from and what made them right or wrong? She didn’t think evolutionary psychology explained what she believed about ethics.

A friend challenged her one night to explain her view of ethics, and she found herself saying that the Moral law was like a person, and of course there was only one “person” who that could be. Suddenly it all came together – morality came from God, and to her Catholicism explained this better than any other belief.

She continued to blog as an atheist while she took time to test if she could really believe in God. Finally, mid 2012, she announced on her blog that she was converting. Curiously, she had previously identified as bisexual, and she admits it will be some time before (and if!) she comes to terms with Catholic belief on homosexuality. She has written a book, Arriving at Amen: Seven Catholic Prayers that Even I Can Offer about where she’s now at. She married in 2016 and now has a child. 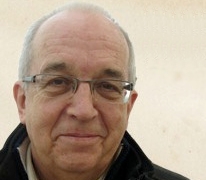 Richard comes from North Wales and after attending college worked as a music teacher in England and then as an English teacher in France. He had a nominally christian family, converted to Mormonism for a while (long enough to do 2 years of missionary work) but gave it up soon after when he realised he didn’t believe it.

Next step was to pursue an interest in alternative healing, numerology and astrology, but nothing believeable came out of it, and he realised he was really seeking social contact and acceptance. At this time he read The Blind Watchmaker by Richard Dawkins, and he learned from it that there was no God and nothing spiritual to seek for, and he should just get on with his life.

He realised he was an atheist, and probably had been for a long time. He read more books by Dawkins, came to believe religion had an evolutionary explanation, and felt quite at home in secular France. In 2006 (something like 20 years later) he joined the forum at the Richard Dawkins website, and found it an oasis of clear thinking.

He took the opportunity to ask questions of people he thought knew much more than he did, but he found so much of the discussion was mockery, born (he felt) out of anger.

About that time, David Robertson, a Scottish pastor, wrote some responses to Dawkins’ book The God Delusion that eventually became the book The Dawkins Letters. The forum got stuck into Robertson and he appeared on the forum to defend his views. He copped the most vile insults and criticisms, but kept returning with calm and polite answers.

Someone called Robertson a liar, and Richard felt this was unfair and said so, but copped some abuse himself. Then the mockery on the forum turned to a crazed Russion religious “prophet” who had tried to commit suicide when his prophecy failed, and someone said it would have been better if he’d succeeded.

Richard was incensed, protested, and was mocked again. (He points out that he doesn’t believe all atheists are like that, but some on internet forums are.) He decided he didn’t want to be there any more, and started to read all that David Robertson had written instead. Then he wrote to Robertson and a correspondence began.

Out of the blue, he found David made sense and instead of feeling he was an atheist, he knew he believed in God and God’s love for him. That was in 2008 when he was 62 (if I’ve done the maths rightly). He joined a church and says he still reads atheist comments on the internet, understands where they are coming from, but just feels sure they are not right.

Atheist reactions have been mixed. PZ Myers dismissed the Raving Atheist’s conversion as another mind poisoned and throw[ing] his brain out the window. Other atheist bloggers were more charitable, but quite mystified with Leah Libresco’s conversion.