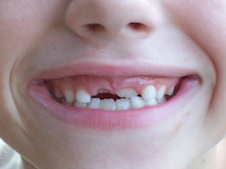 We have known for years that, contrary to what our culture and advertising tell us, money and possessions do not make people happy (unless they are very poor), and real happiness and satisfaction in life come from good, loving relationships, meaningful work (voluntary is even better than paid) and living for a cause greater than oneself.

And the confirmation keeps on coming.

The Religion & Society Research Program in the UK has studied many aspects of religion and society, including, in a 2008-2011 study, happiness. The study was based on economist Richard Lanyard’s seven key indicators of well-being: secure family relationships, income, meaning and relationships in work, community and friendship networks, health, personal freedom, and personal values and philosophy of life, and looked at the contribution that religious belief makes to these factors.

The study found three areas in particular were important:

People who believe in God are happier.

It’s nice to know. Read more at Religion Adds Value to the Happiness Hypothesis, Faith and wellbeing and What makes people happy?

« A half truth about evidence
Visions of Jesus? »