When thinking about possible evidence for the existence of God, it seems logical to start with the big picture, and work our way down to the more personal. So we start by considering the universe and the explanation of its existence.

What is the universe?

This may sound like the dumbest of questions, for we know our universe is all the matter and energy that inhabits space and time. It began with the big bang almost 14 billion years ago.

But many cosmologists now believe there are other “universes”, and perhaps our universe arose from one of them. The whole group of universes, if there are indeed more than one, is commonly called the multiverse.

So what caused it all?

It is a natural question to ask where did our universe come from? What caused it? Most people in the world believe in a God or some supernatural force, and I suppose most think that God had something to do with it all. But it isn’t quite that simple.

So let’s consider the bigger picture. What could be the explanation for all the matter and energy existing in space and time? What are the possibilities?

Cause or no cause?

Either something caused the universe to exist, or else it exists without any cause. That is simple logic. And it seems that there are two ways each of these possibilities could be imagined. Let’s look at the four possibilities:

1. No cause, it has always existed

Perhaps the multiverse doesn’t have a cause because it never began, it has always existed from infinite time past? But there are a number of reasons to think this isn’t the answer:

So this option doesn’t appear to help us answer the question of why the universe exists.

2. No cause, no explanation, it just happened

Perhaps the universe just began for no particular reason. In quantum physics, fundamental particles can appear apparently out of nothing for no apparent cause. So couldn’t the universe have been one gigantic quantum event?

Again, there are good reasons to suppose this isn’t a reasonable explanation.

In quantum events, the particle doesn’t appear out of nothing for no reason (despite some people portraying it this way). A quantum event happens because of a fluctuation in a quantum field, which is composed of energy and occupies space. So a quantum field, especially one powerful enough to create a universe, is far from nothing! A quantum field is already part of the universe or multiverse, and thus part of what we are trying to explain.

So this “explanation” turns out to be no explanation at all. It simply says that the universe appeared out of nothing for no reason. This is contrary to everything we know about the universe, where everything that happens has a cause of some kind. The idea of cause and effect is logical, and there is no reason to suppose that the beginning of the universe should be any different.

3. Perhaps the universe caused itself?

So it seems that the universe probably had a cause, but could it have caused itself?

It is hard to take this bizarre idea seriously. How could anything cause something if the cause doesn’t exist to do any causing? (That sentence is a bit of a mouthful! Perhaps you should read it again, slowly?)

Surely the universe had to first exist to cause something else …. or itself?

4. So perhaps something caused it?

This is the intuitive and simplest answer to our question. Something outside the universe or multiverse caused it to come into being. And because the multiverse contains all the physical matter and physical energy that exists in space and time (by our definition), then this cause must be non-physical and outside space and time.

Most people would call this “God”, but we might more carefully say it would have to be some kind of god or supernatural force (I can’t think of any other options). He, she or it would have created the universe out of nothing, which provides a sensible and understandable explanation for why the universe exists. Of course it’s not a total explanation, because we still don’t know why such a being might create. There’s more to come in this story!

This explanation make sense. It conforms to our experience that everything in this universe has a cause, and so it satisfies our sense of logic. But there are still unanswered questions, like ….

So what caused God?

If everything we experience has a cause, surely God also must have a cause, right? Doesn’t this take us right back to square 1? There are two answers to this.

So it seems to make more sense to look to God as the ultimate explanation or ultimate fact than to look to the universe.

So where does this leave us?

We have looked at four options. None of them is certain, but I can’t think of any other options, so we must choose from among them. Most of them provide no explanation at all, have little or no evidence to support them, seem wildly improbable.

But the “God” explanation is at least based on logic and our common experience of cause and effect. It provides an explanation of why the universe exists. Thus it makes more sense, and surely must be more likely, than any of the other options.

Putting it another way: if there is no God, there’d be no reason to expect a universe to exist, but if there is a God, it wouldn’t be a surprise that the universe exists.

As Terence McKenna said: “Modern science is based on the principle: ‘Give us one free miracle, and we’ll explain the rest.’ The one free miracle is the appearance of all the mass and energy in the universe and all the laws that govern it in a single instant from nothing.”

One step at a time

It would be an enormous overstatement to consider this a “proof” of God’s existence. But the universe is one piece of evidence that seems to make God’s existence more probable.

It’s an age-old question. Is there really a God?

But it’s also a modern question.

Most cultures have evolved with a religion. For those living in that culture, believing in that religion was part of life. Not really to be questioned all that much.

But in modern western cultures at least, we have moved beyond blind acceptance, believing by faith in what has been passed down to us.

We demand evidence. We ask for proof. We need reasons.

12 reasons: evidence from an inquisitive life 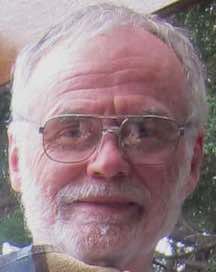 I am a child of that modern quest for answers with substance.

I wasn’t raised with a strong belief, but for half a century I have searched out and questioned the evidence for God. I have rejected some beliefs and some reasons and accepted others.

But I have concluded that God exists and he has left us clues to him being there and being interested in us. I believe we can follow the clues if we are interested, and find the answers. Answers that ring true and are satisfying.

None of my 12 reasons are new. Few of them are compelling on their own. But they are personal to me, for I have read, pondered, searched and discussed each one of them. And together they give me good reason to believe in God and to find in him purpose and meaning.

I share them hoping that you’ll also find them cumulatively helpful.

So over the next weeks and months I’ll be trying to condense this evidence down to 12 short outlines, each with follow-up reading if you are interested.

After I’ve completed this series, I’ll have a look at reasons NOT to believe in God.

1. Why does the universe exist?

Photo by Joshua Earle on Unsplash

It’s not uncommon to come across stories of people being miraculously healed. They are some of the most popular pages on this site, and there’s no shortage of them on the internet.

I’m not sure why, but I’m guessing that some people want to feel re-assured God is really there, and some are perhaps looking for hope for their own healing. And then of course there are those who don’t believe healing can occur and want to debunk the stories.

So I wonder what evidence you would need to believe someone was miraculously healed?

END_OF_DOCUMENT_TOKEN_TO_BE_REPLACED

Human beings are curious creatures, and most of us think about ‘big’ questions, such as “What is life all about?”, or “How did everything get here?” or “Could there be a God?”.

How can a human being possibly answer these questions with any assurance?

But how can we ignore these questions either?

So what is the best way to try to answer them?

END_OF_DOCUMENT_TOKEN_TO_BE_REPLACED

I sometimes get asked for the reasons why I believe. Sometimes it is curiosity, sometimes people are desperate to know why they should believe.

Occasionally people ask what sort of reasons are good, with the implication that some reasons are somehow inappropriate.

So here’s the results of many years of thought and reading …..

END_OF_DOCUMENT_TOKEN_TO_BE_REPLACED

Do human beings have free will? Can we choose among different possible actions and beliefs? Or are we controlled by our genetics, or by blind physical processes in our brains?

And if we couldn’t make genuine choices, would that diminish us? Would we be any different from animals, except a little smarter … perhaps? And what would that say about human rights and ethics?

END_OF_DOCUMENT_TOKEN_TO_BE_REPLACED

I’ve often heard it said, especially by non-believers in discussion with believers. Science is the best, perhaps the only reliable way to know things. Everything else is subjective.

The question raises some interesting issues.

These musings are a response to a post, A big weekend in Boston by Connor Wood, and a Veritas Forum discussion between Troy Van Voorhis and Ronan Plesser.

END_OF_DOCUMENT_TOKEN_TO_BE_REPLACED

I suppose it is quite natural to look at the night sky, especially away from city lights, and be in awe. When we learn that the universe apparently contains something like 100 billion galaxies, each with about 100 billion stars, our amazement and awe increase.

It is also natural to ask where it all came from. Has the universe always existed? What caused it?

And of course these questions lead naturally to the question: Is this all evidence of God?

END_OF_DOCUMENT_TOKEN_TO_BE_REPLACED

Humans are a curious species, and we like to answer the question “Why?”

Some of the really big questions concern why does the universe exist and what is the purpose of life? Some say God is the answer to those questions. Others say there is no answer to the questions.

Still others say that science will hopefully one day give us answers. One day we may understand that the universe just is because it could never have been otherwise.

END_OF_DOCUMENT_TOKEN_TO_BE_REPLACED

Stereoscopic vision is a useful and subtle aspect of how we, and some animals, see. Because our two eyes both face the front (unlike some animals and insects whose eyes face more left and right), they both see similar but subtly different views. For example, if two objects are in line, one behind the other, our left eye will see the object furthest away slightly to the left, while the right eye sees it slightly to the right.

The brain is able to notice this difference, and correctly infer that the distance to the rear object is greater. Without this stereoscopic vision it would be harder to estimate how far away objects are, and whether they are moving towards us, or away.

You see this in this stereo photo of a man in a narrow laneway. The two pictures are almost the same, but the left photo (which is what the left eye would see) shows more of the lane to the left of the man (as we see it) than what the right photo shows.