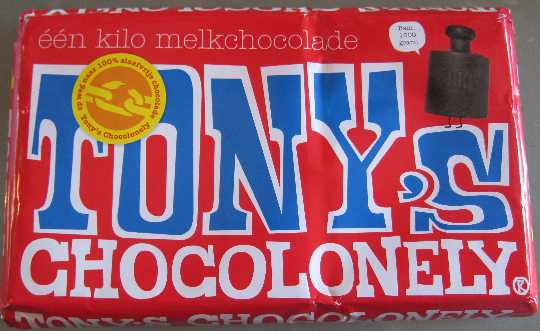 Regular readers will know that one of my ’causes’ is ethical chocolate – chocolate that is grown by free farmers who are paid a fair wage, and not by trafficked children working more or less as slaves. (For background, see Ethical chocolate update.)

So it was with great delight that I received a weighty package in the mail recently and discovered a story of dark criminality and desperate legal actions.

Networking on the internet

IgnorantiaNescia, who comes from the opposite side of the world from my Australia, is a keen reader of this blog, and is also interested in ethical chocolate. So as a Christmas present he sent me a sample of a Fairtrade chocolate available in Europe – Tony’s Chocolonely.

This was serious chocolate – a whole kilogram of chocolate in a slab measuring about 25 cm by 15 cm! – and it tastes great too. He also included the story of Tony’s Chocolonely.

In 2003, journalist Teun van de Keuken researched slavery in the cocoa industry in West Africa, finding that slave labour was widespread in the Ivory Coast. Feel conscience-stricken about his eating of chocolate made from such misery, in 2004 he turned himself in to the police as a chocolate criminal complicit in slavery.

The charge was initially dropped by the prosecutor, but a court of appeal decided it would accept the charge if Van de Keuken could provide witnesses. He managed to find several boys who had been pressed into slavery on cocoa plantations and were willing to testify. The court’s judgment was that exploitation did indeed occur on the plantations and that consumers share in responsibility, but didn’t convict Van de Keuken.

A new chocolate is born!

While the court action was in process, Van de Keuken began to lobby major chocolate companies to source their cocoa from slavery-free sources, but none was willing. So he decided to start his own company with ethical sources.

And so, in 2005, Tony’s Chocolonely went on sale as the first and only slavery-free chocolate in the Netherlands (hence the word “lonely” in the name). The initial demand was far greater than the initial production run of 5,000 bars.

Under attack from all sides

We can all make a difference. Find out who is selling Fairtrtade certified chocolate (or other slavery-free certification) and support them. 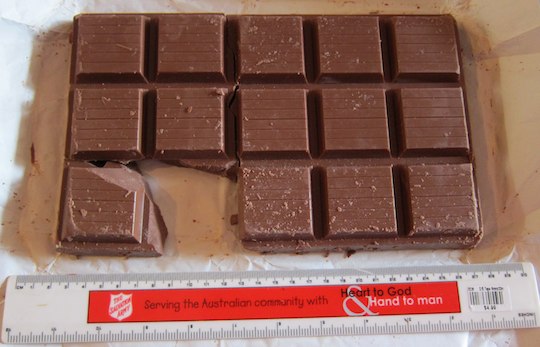 « A general practitioner of the web
Conversion stories »