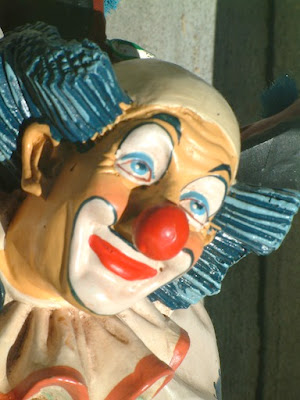 Atheists sometimes characterise christians as people who believe in myths and magic, based on faith, which is the opposite of reason.

I think this can be shown to generally be a mis-characterisation (see Is faith the opposite of reason? and Science, faith and certainty). But what if the tables were turned?

What if many atheists were starting to think irrationally and develop their own mythical beliefs?

One dictionary definition of a myth is: “A fiction or half-truth, especially one that forms part of an ideology.”. And I have observed several ideas that have been enthusiastically taken up by many atheists, despite them having been shown by experts to be doubtful at best, and mostly quite wrong. Here are a few of them.

“What caused the universe?” is one of the most fundamental questions humans ask, and science doesn’t really have an answer. This makes it harder for atheists to argue against theists, who say the only explanation is that God created it.

But recently, atheists have begun to claim that quantum physics shows that the universe could have appeared out of nothing. However the claim doesn’t stand up.

Quantum physics has found that particles can appear apparently out of nowhere, in what is known as a vacuum state. But a quantum vacuum is not nothing – it is composed of energy and spatial dimensions and “has a vastly complex structure” (Wikipedia).

For more on this, see Lawrence Krauss and creation from nothing.

Jesus was not a real person

Historical scholars, whether christian, theists, agnostic or atheist, almost without exception agree that the historical evidence for Jesus’ life is very good. They may not believe that all the stories included in the gospels are accurate, especially the miracles, but they say there certainly was a Jewish prophet or teacher who lived in the first century and was crucified by the Roman authorities (see Was Jesus a real person? and Jesus in history).

There have always been those who have contested this scholarly consensus, but they have rarely been well qualified, and their arguments have been flawed. But it seems to becoming more common for atheists to believe that Jesus was a myth and to align themselves against historians from universities all over the world. Many are willing to suggest what amounts to a conspiracy theory, that the academics are dishonest.

Currently, there is much discussion about a new book by eminent scholar and agnostic, Bart Ehrman. In this book, Ehrman has set out the historical evidence for Jesus, despite him not believing in Jesus’divinity and believing that the Bible is full of errors. But this seems to have provoked many atheists to antagonism rather than reconsidering their views.

There have been times through history up to the present day when the church has opposed some aspects of science. The view that the two are always opposed is called ‘the conflict thesis’.

The conflict thesis was developed in the nineteenth century, but by the middle of the twentieth century, historians had abandoned it as unsupported by the historical evidence. Wikipedia says: “Contemporary scholarship does not support the Conflict Thesis”. In fact, the church at many times supported science and scientists.

Despite this quite definite conclusion by secular historians, many atheists still argue that history shows that the church always opposed science. And some atheist scientists are bringing the conflict thesis into the twenty-first century – for example physicist Victor Stenger has written God and the Folly of Faith: The Incompatibility of Science and Religion.

Not all atheists think this way, but these beliefs that are factually unsupported seem to be gaining ground, as atheism seems to be taking on some of the trappings of a social movement or even a secular religion. Such irrationality is not dissimilar to the way young earth creationists also oppose the academic consensus, and can only do the atheist cause harm in the long run.

Myth: “A fiction or half-truth, especially one that forms part of an ideology.”

« Another healing??
How reliable is the New Testament text? »