If I asked you why you believe, or disbelieve, in God, what would you say?

Would your answer be based on logic and evidence, or would it be based on feelings and experience? Or if both, which would be most important?

Would one type of answer be more reliable than the other?

Modern thinking tends to value logic and reason over feelings and experience. The analytical over the intuitive. We all use both modes of thinking in different situations, the psychologists tell us. Nevertheless, careful consideration of the facts is generally considered to trump emotional thinking.

Atheists and agnostics tend to be more analytical than religious people. Which, some atheists say, shows that religious belief is unjustified.

But there are three good reasons to think that intuitive thinking is still important in pondering the question of God’s existence.

Analytical thinking is best for working out mathematics problems, and for systematically working through an issue where the facts are known and just have to be sorted and connected. But if the facts are less clear, or if there are many disparate factors to consider, or if we don’t have a lot of time, analytical thinking can be overwhelmed.

For these situations, our brains have evolved “heuristics”, shortcuts or rules of thumb that help us arrive at decisions quickly and reliably, using intuitive thinking. Studies show that in pressure situations this thinking can be more reliable than analytical thinking – for example, in emergencies, more experienced doctors using intuitive thinking came to better decisions more quickly than younger doctors working their way through the issues analytically.

And it’s pretty obvious why. The matter is too complex, the facts slippery to hold onto. Analytical thinking will be helpful, but we’ll definitely need intuitive thinking too.

Psychologist Jonathan Haidt says we almost always use intuitive thinking for issues of religion, morality, aesthetics and politics. Having reached a viewpoint, we then employ analytical thinking to justify our choice.

We don’t like to hear that. We like to think our beliefs are arrived at rationally. And maybe they are. But maybe not as often as we’d like to think.

Even in science, I have read that many researchers arrive at new ideas intuitively, and then they use the analytical approach of the scientific method to test their intuition.

So intuitive, more personal thinking isn’t going away when we consider the question of God.

There are so many things to think about in life. By the time we get through the minutiae of life, who has time to ponder the mysteries of life as well as keep abreast of politics and important social issues? We have to think an issue is important or worthwhile before we can invest time into thinking about it.

Some of us find the idea of God so important or attractive that we will give time to working out what we think about him/her. But others of us think it simply isn’t important enough to spend time delving into.

I was thinking about this recently, and I started thinking of reasons why we might want God to exist.

So there are good life-enhancing reason why belief in God may make an enormous difference to us. Investigating the question is certainly a worthwhile endeavour.

I have looked at this further, including what psychologists say, in Why would you want to believe in God?

I started this website more than 15 years ago. At that time, I was also a member of several online forums where the (non)existence of God was discussed and sometimes argued over quite vehemently. I also read and commented on a bunch of blogs where religious and philosophical questions were discussed.

Atheism vs theism was in the air. Richard Dawkins and the other so-called “new atheists” were influential through their books and websites. William Lane Craig regularly debated atheists.

It’s not like that any more. Most of the blogs and forums I used to read and comment on have disappeared. It’s a long time since I heard Richard Dawkins’ name. Atheists and theists seem to have better things to do these days than argue with each other. (We can be thankful for that!)

People seem more interested in living than arguing. They want to know if something is going to make a practical difference to them before they think about it seriously.

Feelings and experience matter as much as logic and evidence, maybe more. You may not think that’s a step forward, but it seems to be the case anyway.

Let’s use our imagination and intuition 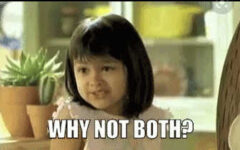 Why not use both?

Maybe we should value our intuitions about being human. Our feelings about meaning, purpose, significance, truth and beauty may give us true insights.

Perhaps at least we should look at these questions again. This website is designed to help you do that.

Photo by Hannah Bickmore from Pexels

« Does God play hide and seek?
Where do you go when the argument’s over? »