When we look at the world around us, including other people, we are external observers, but when we know our own thoughts, motives and feelings from the inside. No-one else knows what it is like to be “us”.

This knowledge from the inside can give us clues about God.

Our brains are indeed amazing, a powerful memory, body-controller and calculator packed into a small space. And while they share some properties and functions with computers, they are in fact very different. They are much more complex than computers in their structure and how they operate. So far, no computer can pass a simple test to show it thinks like a brain, and researchers are still struggling to improve computers’ reasoning, learning and decision making. And the brain can repair itself, re-structure and re-program itself.

Then there is the mystery of how we are conscious (something computers don’t appear to be) and how we appear to have the freedom to make choices (which computers definitely don’t have). 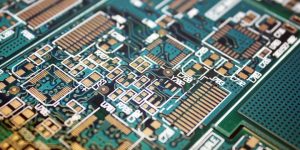 Read more about how our brains work, and some of the questions that our experience as rational beings with choice leads us to ask, in Are our brains like computers?

What does it mean to be you?

We are all conscious when we are awake. But what is consciousness, how does our brain make us conscious, and what does it mean to be you? These are some of the most important and difficult questions today for science, religion and ethics.

It is difficult to explain scientifically what we feel and experience. If we only consider the physical, as science does, then we may never be able to measure an intangible like consciousness. If we believe the physical is all there is, the problem is harder. So it isn’t surprising that other viewpoints have been put forward, that our minds and consciousness are somehow more than physical and yet quite real. 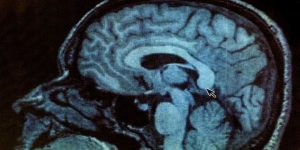 Neuroscience and philosophy are beginning to develop new approaches to these matters, and we would be wise to remain open to new and challenging ideas. Read more at The mystery of consciousness

Are our choices determined?

We generally feel that we have the ability to choose our actions, within the limits of physical laws. But most neuroscientists believe that this freedom is an illusion. Many believe all reality is physical and hence discoverable by science, and that there is no evidence that the mind and brain are any different. But if our minds are governed by physical laws, it is hard to see how there is any way to break the physical sequence of cause and effect, and make a genuine choice – i.e. everything is determined.

Some philosophers agree with this logic, but others argue that determinism and freewill are compatible, though this requires that freewill is redefined into something that most of us wouldn’t think as being ‘free’. And there are a few philosophers and scientists who argue that the mind is somehow more than physical, and therefore not bound by deterministic science. 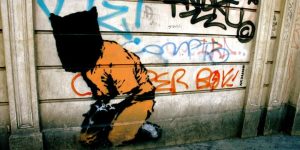 Experts tell us we must believe in free will or we can’t function as human beings. So should we believe something we can’t live with, and makes our brains the victim of an illusion, or not? For more, check out Do humans have free will?

What makes things right and wrong?

We all make ethical judgments. We believe some things are wrong and others are right, and we can get very upset when we see unethical behaviour cause harm and distress. We have no doubt that Adolf Hitler was wrong in his “final solution” and in World War II, or that the behaviour of pedophiles, serial killers and rapists is utterly wrong. 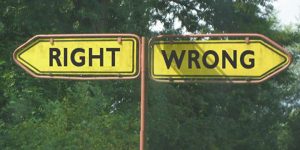 But what makes such things wrong? Is it simply that things work better if we agree some things are wrong, or are they really wrong? Do we need God to make some things really wrong or right? Investigate further at How do we know right and wrong?

How can human beings do complex reasoning?

Physical processes operate according to well-known laws of cause and effect. But the physical processes in our brains enable us to do complex, logical reasoning, in which our conclusion isn’t based on cause and effect, but on logic. So how can our brains do this? Evolution works by natural selection favouring those genes that make it more like to survive and reproduce. The ability to do complex reasoning seems to be far more than is require for that. 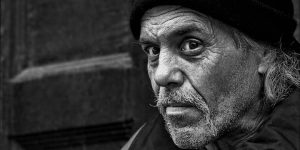 So how can we explain this ability? Perhaps our thinking depends on something more than phsyical processes? Is it the case that Reason leads us to God?

Are people more than animals?

It was once commonly thought that humans differed from animals by being made in the image of God, by being rational, ethically-responsible beings with (some believed) an eternal soul. But science only addresses the physical, measurable world. So does science support the view that humans are more than just clever animals?

Some scientists think that there is no evidence for a fundamental difference, and this changes how we should treat animals. But others have found human characteristics that animals simply don’t possess. Nevertheless, it seems right that we treat animals sensitively and not cruelly. 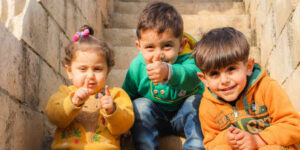 Some of the ways that humans surpass animals point to a deeper issue of how we evolved that way. Read more at Are humans more than animals?

The human longing for freedom, truth, justice and love

Humans seem to be more than just clever animals. We long for the freedom to be ourselves. We aspire to live lives that are significant and authentic. We are upset at injustice and evil. We want to love and be loved.

But truth, goodness and love come at a cost to our freedom. We aren’t so free that we can invent our own truth (though some still try to!). Goodness and love require us to curtail our own freedom for the sake of others. So how can we be free and committed to caring for others? 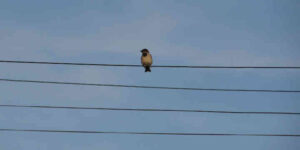 Christian theism offers a way of achieving these goals. It provides objective truth and goodness in a life where we are loved and significant. Check it out in Like a bird on the wire?.

Does christian belief make you a better person, or worse?

Leaving aside any spiritual or afterlife benefits, does christianity offer social or personal benefits to its followers and to society? Critics argue that religion causes harm, while believers naturally think that God helps them in life. Who is right?

Sociologists of religion, psychologists and neuroscientists tell us that religious belief is beneficial for believers and for the society they live in. Belief tends to enhance personal health and wellbeing, longevity, brain health, altruism and generosity, although some forms of religion can have negative effects by limiting altruism to the believer’s own group and being suspicious of outsiders. 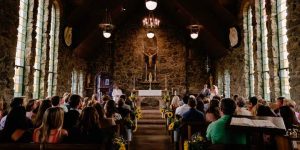 It seems that the critics have focused on minority effects and not the majority. Check it out at The social and personal benefits of christianity