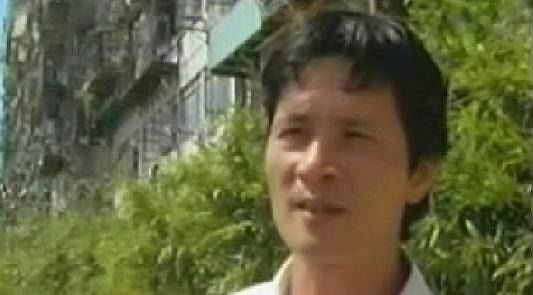 Sceptics sometimes say they would need more tangible evidence to believe – there’s insufficient evidence in the Bible and in the philosophical arguments for God, they say, so they need something incontrovertible.

Yet at the same time, many say that no matter how much evidence there is for an action of God in the world, such as a healing miracle, it would never be enough to convince them, because a natural explanation is always more likely. Richard Dawkins, for example, said in a conversation with fellow atheist Peter Boghossian, that he can’t think of any evidence that would persuade him. Even a spectacular visitation by God could be a hallucination, a conjuring trick or aliens from outer space.

I have been pondering this.

This looks wrong in principle

Richard Dawkins said himself that he wasn’t entirely happy with the thought that there was nothing he could think of that could change his mind, and fellow atheist and scientist Jerry Coyne clearly feels uncomfortable with this conclusion too.

They are rightly uncomfortable, because if there is nothing that can change our minds, then if we are mistaken we will stay that way. It is especially a problem for a scientist, because it means a hypothesis can’t be tested.

But that isn’t the topic of this post. Instead I want to look at whether people who experience an apparent miracle from God have sufficient evidence to believe.

People who trusted their experience

Some people believe in God or Jesus because he has worked in their lives. Are these people wrong, as Richard Dawkins and Peter Boghossian suggest?

In 1966, Jackie Pullinger, a young christian convert in her early twenties, went to Hong Kong to be a missionary. She had no real idea what she was doing, but ended up sharing the love of Jesus with triad gang members in the notorious Kowloon walled city, helping them come out of drug addiction, out of the triads, and into productive lives.

For them, and for Jackie, miraculous healing was the only evidence that would convince them of the reality of Jesus. Here’s some of their stories.

Winson was a fight leader in his triad gang. The head of the gang had come to respect Jackie’s work in helping people in trouble with the law and in education, so when some triad ‘boys’ trashed her walled city youth club one night, he sent Winson to protect her.

Jackie got to know him and asked him if he’d like to believe in Jesus. Winson spoke honestly of his long drug addiction, and his many unsuccessful attempts to break free. Jackie told him that Jesus would heal him so he could get off the drug. Winson’s response was interesting.

So I think really, really a miracle…. If Jesus can healing me … no medicine … they have power. So why not?

So Winson prayed for half an hour and in that short time was released from a life of opium addiction. 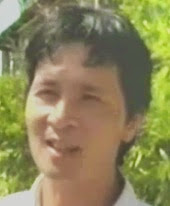 Luke had been an addict for 17 years, and had a criminal record that included many gaol sentences. He had tried many times (more than 30 times in 10 years), unsuccessfully, to come off drugs, including medically at a clinic. After he spoke to other ex triad members who he knew and who had been freed from addiction, he decided to give Jackie’s program a try.

On the second day of withdrawal, he was feeling very uncomfortable and was told the only way he would be freed from the pain would be to pray himself. He prayed to Jesus and asked simply for forgiveness, for Jesus to be active in his life, for healing and for the pain to go – and it did, instantly. He immediately felt peaceful, went to sleep (which he couldn’t normally do when in withdrawal) and was healed.

Luke went on to become a leader in Jackie’s social welfare organisation, distributing food to homeless people, finding accommodation and caring for them. He changed his name from his triad name to Luke to eliminate an association with his former life.

Luke’s wife, Ah Fong, watched all this with both love (she had stuck faithfully with him through many difficult years) and scepticism (she had seen her hopes dashed so many times before). But after she was prayed for regarding severe chest pain, saw in her mind a picture of Jesus on the cross, and was healed miraculously and instantly, she too believed in Jesus.

In the 45+ years Jackie has been at work in Hong Kong, thousands of people have become Jesus followers and been healed of addiction through prayer. These included desperate addicts whose health had been destroyed by decades of drug use, and even Goko, the head of one of five triad gangs in the walled city and now a convert they call ‘New Paul’. One picture in Jackie’s book Crack in the Wall shows 4 former addicts who between them experienced 200 years of heroin addiction.

Jackie is very pragmatic about all this. “Why would anyone understand ‘Jesus loves you’ if they don’t know who Jesus is and no-one has ever loved you, so I had to be Jesus to them rather than say the words. … I was sure that if Jesus was here, he would heal them …. I thought it would be wonderful to go down the lane laying your hands on blind people and see them seeing – that would be a whole lot more fun and real than saying ‘come to our Sunday service’….”.

And so for her and for thousands of ex-addicts, experiencing Jesus through healing and new life was sufficient evidence for them to believe, and keep on believing.

Jeff Markin was 53 back in 2006 when he felt unwell on the way to work, and drove to the local hospital in Florida, where he collapsed with a massive heart attack. The emergency team worked on him for 40 minutes, including a dozen or more shocks with the ‘paddles’, but there was no response. The heart specialist on duty that day finally pronounced him dead.

The nurse started preparing Jeff’s body while the specialist wrote up his notes and then left the emergency room. But outside, he distinctly heard a voice in his ear telling him to go back and pray for Jeff. He did so, to the consternation of the nurse, then asked the emergency room doctor to apply the paddles once more. He did, and Jeff immediately began breathing and his heartbeat returned in perfect order.

Jeff suffered no brain damage. He was not an active believer beforehand, but this incident led him to renew his faith in God.

Were Winson, Luke and Jeff wrong to believe because they were healed?

Jeff Markin was an involuntary participant in his healing. He didn’t ask to be prayed for. He could have walked away from the hospital thinking it was all a lucky accident – but he didn’t. Do you think he was wrong to change his mind about God?

But that choice wasn’t open to Winson and Luke and the rest. To receive their healing that had to pray and ask God for help. They had to believe at least that much. Do you think they were wrong to ask God for help? And having received that help, were they wrong to continue to believe in Jesus?

Would you believe if you were miraculously healed?

If it had happened to you, would you feel that your experience of being healed when you were otherwise helpless was strong evidence that God is real and interested in your life? Or would you think, like Richard and Peter, that some other explanation is more likely?

What other explanation is possible?

The stories are not urban myths – they are too well documented for that. There are thousands of healed addicts walking around Hong Kong, and Jackie has been awarded the MBE and her work was recognised by the government and police force of the former British colony. Jeff’s recovery has been documented by news and eye witness reports. Something unusual happened in all these cases.

Could the recoveries all have natural causes? People can achieve amazing things if they are motivated enough, so perhaps addicts who believe Jesus will help them are able to do what they could never do before. Some heart specialists believe that heart attack victims can recover long after their brains and hearts have stopped functioning. So perhaps these were all natural events?

Perhaps they were. And yet the “coincidence” of so many people receiving unlikely healing immediately after prayer is quite amazing. One or two, sure. Hundreds, even thousands, surely very long odds.

This is surely a watershed

I can’t help feeling it comes down to our assumptions – what we are willing to believe, the criteria we judge by, and how important our present belief is to us.

I feel our response to these stories and these questions is like a watershed, like a litmus paper. I am reminded of an event in CS Lewis’ The Last Battle, where sceptical dwarfs believe they are locked in a dark stable when in reality they are in glorious sunshine. But nothing can convince them otherwise.

Pictures: stills from the video The Law of Love.

« The fine-tuning argument for the existence of God: does it work?
What does it all mean? »