A New Testament scholar decided to investigate reports of miraculous healings around the world, to see how frequently these claims were made and how plausible they were.

He found thousands of miracles stories, interviewed some of those who said they were healed and found some amazing stories of healing. While most of the accounts cannot be verified, the sheer number of reports makes it hard to believe that they can all be explained naturally.

Ever since eighteenth century philosopher David Hume, scientists and philosophers have been sceptical about the occurrence, or even the possibility, of miracles. Hume argued that we have firm and unalterable experience that miracles don’t occur, so any natural explanation, now matter how unlikely, is to be preferred to a supernatural one. But is human experience against the occurrence of miracles?

The scholar and the investigation

Craig Keener is a New Testament scholar who decided to test whether the accounts of miraculous healings in the Bible had parallels in reports today. In particular, he set out to test Hume’s assumption that miracles are contrary to human experience, and whether many plausible accounts could be found.

His book, Miracles, outlines miracle reports he obtained in interviews and correspondence with eyewitnesses, and from published accounts in books, academic papers and press articles. (The book contains 166 pages of documentary references and lists more than 250 people whom he interviewed or corresponded with about their experience or observation of one or more miraculous healings.) Because he has relatives in Africa, many of the reports come from there, but he also investigated accounts in Asia, South America, and in western countries.

Keener has not attempted to obtain detailed medical documentation of all reports, though he mentions a number where he has seen documentation and/or discussed the reports with a doctor. Rather, he has regarded his book as a preliminary study, in which he simply accumulated a mass of accounts, assessed them briefly for credibility, and then left it to those more medically qualified to follow some up in more detail.

How prevalent are miracle accounts?

A brief survey of miracle reports

Keener then presents a brief summary of miracle reports that he has discovered and sometimes investigated, to illustrate the types of claims being made. These include:

Keener reports that the witnesses he spoke to almost universally said that not everyone who is prayed for is healed, and he accepts that some miracle claims, and some supposed miracle-workers, are fraudulent. He doesn’t suggest these reports are all genuine miracles, for some may have natural explanations.

But he says these accounts point to how prevalent such reports are. It only requires a very small percentage to be true for there to be a large number. And they certainly demonstrate that Hume’s assumption is not true – human experience includes hundreds of millions of accounts of miracles. So the argument must be settled by testing some of these reports.

A small sample of the more detailed accounts

Ed Wilkinson was trained in neuropsychology, and a christian who was sceptical about healing miracles. In 1984 his 8-year old son Brad was found to have a condition with two holes in his heart, and impaired lungs. Heart surgery was arranged for a few month’s time, and Brad was not allowed to play any sport. As the time approached, Brad asked his dad if Jesus could heal him. His father was initially unsure how to answer, but after some prayer and Bible reading, he suggested they should at least ask. 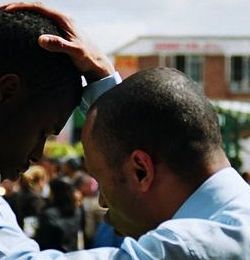 A few weeks later a healing meeting was held at their church, and Brad was prayed for. A week later he was taken to hospital in Missouri for final tests, the day before the operation. The tests showed that nothing had changed, and the family gave up hope of healing. The next morning Brad went in for surgery, which was expected to take 4-6 hours, while Ed remained in the waiting area. But after only an hour, the pediatric cardiac surgeon and two other doctors approached him and called him into a room. Fearing the worst, he accompanied them.

The room had X-ray films on the wall, and the surgeon pointed out the films from the previous day, clearly showing where blood was leaking from one chamber of the heart to the other. However a second film taken just before they started surgery showed that the hole had been filled up. The surgeon explained that there was now nothing wrong with Brad’s heart or lungs. The surgeon explained that while spontaneous closure was known to occur in infants, it was not supposed to happen in an 8-year old.

You can count this as a miracle the doctors explained, Somebody somewhere must have been praying. They pointed out that this wasn’t a case of misdiagnosis because the two films, taken a day apart, clearly showed the change. The next Thursday, Brad played baseball for the first time in a while. Today he is in his thirties and has had no further heart problems.

Eliseo Navarro Jordan, now the dean of a Bible College, used to pastor a church in Placetas, Villa Clara in Cuba. He told Keener of a time about 8 years ago where a 12-year old boy, Onel, had a problem with malformed bones in his feet slowly crumbling away. He could barely walk, couldn’t play sport, and his doctor gave him a year before walking would be impossible.

Onel sought prayer for healing, and a week later X-rays showed that the bones in his feet were now fully formed. At first the doctor thought the X-rays had been mixed up, but when the X-rays before and after were confirmed, it was clear that Onel had been healed, and was now cleared to play sport again. Eliseo has seen both sets of X-rays.

Flint McGlaughlin is Director of Enterprise Research at the Transforming Business Institute at Cambridge University and CEO of MECLABS (a group of independent research institutions) and i58 (a christian non-profit organisation which, among other things, supports orphans around the world). He is a friend of Keener and shared this account.

In 2004 he was visiting an orphanage in India and prayed for a leper who was “mostly blind” – he could only see shadows and often had to be led around by others. Immediately after the prayer his previously flat and clouded eyes became clear and he was able to see. For several days he could be seen wandering around the grounds looking in wonder at the trees and sky, and telling people of what God had done. He and about 50 others chose to affiliate with Jesus’s followers that day. A second eye-witness (Robin Shields) confirmed the healing, and Robin and Flint have also shown photos of the man.

Raised from death and healed of cancer

In the Philippines in 1981-84 Elaine Panelo was diagnosed with liver cancer which slowly spread elsewhere in her body. She was too poor to get adequate treatment, and later the doctors advised her the cancer was so advanced that treatment was no longer possible. Finally she was admitted to hospital in a very weak condition and dying. After she was pronounced dead by hospital staff, she was taken to the morgue, where a lady Baptist pastor prayed over her. Two hours after she was pronounced dead, she began to move and subsequently recovered. 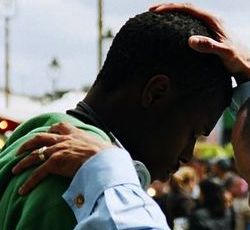 Over the next few years she was checked by several independent doctors who found the cancer had completely gone. When she later visited her original doctor and showed her the medical records, the doctor was astounded and converted to christianity as a result. Keener interviewed Elaine at length to obtain this story. Even if the hospital mistakenly pronounced her dead, her recovery in condition and the healing of her cancer remain miraculous.

Among the hundreds of other healings briefly recounted were these:

What can we learn?

Craig Keener has succeeded in his primary aim to show that healing miracle reports are abundant in cultures right around the world, including advanced western countries. No-one can reasonably say that there is “firm and unalterable experience” that miracles don’t occur. The accounts need to be assessed.

But can they be believed? Each person will decide for themselves, but Keener’s personal contact with so many of the eye-witnesses makes it difficult to believe that the stories are invented. So we are left with either natural recoveries, way beyond what medical science can explain, or divine intervention.

Even if 90% were amazing natural recoveries, it seems to me that there are enough remaining miracles to point to God for those who are willing to accept that explanation.