Humans evolved from animals. We have common ancestors with all animals today, if you trace far enough back. Of course we have lots of abilities that animals don’t have, but the basic structure of our DNA is the same.

So are humans no more than animals with larger and cleverer brains?

This question opens up many interesting and difficult problems and some differing viewpoints among scientists and philosophers. Let’s see if we can untangle a few of these.

Humans are (at the very least) animals

Humans are undoubtedly animals, whatever else we may be. Our DNA is based on the same structure – two strands of complex chemicals joined together in a double helix, and containing 4 bases which code the instructions for making our bodies. Humans share half our DNA with plants and animals generally, and much more with animals closer to us in the evolutionary tree – e.g. 80% with cows, 85% with mice and 98.7% with chimps.

As a result, we share many characteristics with many animals – our ability to move around, gain energy via food, sexual reproduction, etc. Like other mammals, we have lungs, heart, brain and nervous system. Like other primates, we have five-digit hands and feet and lean, muscular physiques.

Wrong ideas we once thought true

People once thought that humans were unique in many ways (e.g. language, use of tools, abstract thought and calculation, and grieving) that have now been found to be wrong.

It is obvious of course that humans can do most of these things far better than animals. The question remains, does this make us fundamentally different, or just cleverer?

It was once commonly thought that humans differed from animals by being made in the image of God, by being rational, ethically-responsible beings with (some believed) an eternal soul. These beliefs are still held by many religious believers. They are generally rejected by scientists studying humanity, though they cannot actually be proved or disproved by science.

There are nevertheless many things that humans can do that seem to be beyond the capabilities of any animals. Scientists have varying opinions on whether these are fundamental differences or differences of degree.

Not only are human brains larger than most animals’ brains (whales are an exception!) and have more connections, there are differences in our brain biochemistry. One important difference comes from dopamine interneurons, which are cells found only in the human brain. They secrete dopamine and coordinate multiple action-planning, decision-making, motivation, reinforcement, and reward perception.

Apparently this and other biochemical processes have resulted in the human brain having a different structure that allows significant different behaviours to other animals.

Thus humans have important abilities beyond what animals have:

Because of these differences between animal and human brains, humans seem to relate to each other in unique ways not seen in animals: 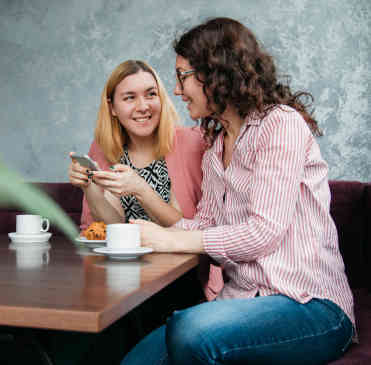 Humans seem to have a “fundamental urge to link our minds together”. We share information and build large networks of knowledge. This of course is aided by our ability to think abstractly and express complex ideas in language, abilities which animals don’t appear to have.

Human beings are capable of great altruism as well as great selfishness. It was once considered that ethics were uniquely human. But now it is known that animals can exhibit behaviour that appears to be ethical – e.g. showing compassion or kindness.

But few believe that we can hold animals morally responsible for their actions in the same way we hold humans responsible, for they don’t appear to have the ability to think abstractly or plan ahead.

Studies show that humans are more cooperative than chimps. Children seem to be innately helpful and more likely to be selfless than chimps. It seems that much animal cooperation isn’t so much moral as self-serving (though the same may sometimes be true with human altruism).

Are humans as different as we think?

As we have seen, the experts say that humans are fundamentally different to other animals in our ability to reason abstractly, plan ahead and make ethical decisions. But what are the implications of these abilities?

If we accept the materialist worldview, which more or less forms the basis for science, then we believe that the physical world is all there is. Human beings are physical beings just like the animals, and the processes our bodies and brains follow physical or biological laws discovered by science. This raises some interesting questions.

We all know what it is like to be conscious, for we experience it all the time we are awake. We are aware of time passing, we think about things and form views, and we experience joy and pain. We know that we are “us”, quite different from the other minds and beings we interact with.

So what exactly is consciousness and how did it arise within evolution?

Our minds and our consciousness are not physical. They cannot be measured, only experienced. This leads some scientists to say that our sense of self is an illusion. Which would make us the same as animals in this regard.

Yet it doesn’t feel like self is an illusion. It actually feels like the most fundamental thing of all.

So who is right? Are the materialist scientists correct when they say self is an illusion? Or should we trust our experience and conclude that science lacks the ability to meaure consciousness even though it is real? Are we different in this way from animals, or not?

Do humans have free will?

Do animals have free will? That is, the ability to make a real choice among alternatives, a choice that could have been different? If we assume that animal brains are totally physical and there is no “higher consciousness”, then all the brain processes are determined by physical laws. Granted a particular brain state, no other choice could have been made, because the physical laws constrain and determine how each atom, neuron and synapse reacts.So most people assume animal behaviour is determined by genes and physical laws.

But if this is true of animals, isn’t it also true of humans too? If our brains are totally physical, and if a higher consciousness is just an illusion, how can we have free will either? And this is indeed the conclusion of most neuroscientists and most philosphers.

And yet, there are reasons to doubt this conclusion. If our actions are determined by our brain biochemistry and in any particular situation we couldn’t actually have chosen any differently, where is moral responsibility?

Can we be really rational if our thoughts are determined by physical laws rather than by logic? 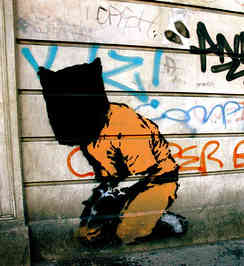 More importantly, it feels as if we have genuine choice, at least some of the time. So do we trust the conclusions of scientists based on the assumption that everything is physical, or do we trust our admittedly fallible sense of self and universal human experience of being able to choose?

Read more about free will at Do humans have free will?

Can we know right and wrong?

Animals and humans appear to behave in ethical ways – sometimes deferring to others, showing kindness or compassion, and sacrificing our own comfort to help others. But are these bahviours really moral?

What is morality? We instinctively know some things feel right and other things feel wrong, but it is harder to define what morality is. Perhaps we can define a moral action as one we “ought” to do. It is something we have a choice about, and often the moral choice isn’t the one we would choose to make if we were thinking only of ourselves.

But we have already seen that, if we approach this from a materialistic viewpoint, it seems we can’t actually make real choices.

But also, who decides what is moral? We can’t prove ethical statements like we can prove mathematical statements. In the past, ethics could be based on God’s commands, but not everyone accepts that basis now.

It seems we are left with morality being decided by the group we belong to, or the country we live in. And we don’t have to look hard to find groups and countries whose behaviour in some areas is repugnant to us. Is this satisfactory?

So if we believe that everything is physical, it is hard to see how anything can be really right or wrong. If so, animals and humans aren’t so different after all? But perhaps there is more to this question?

Read more about ethics at How do we know right and wrong?

Are humans really so rational?

Of all the differences between people and animals, the most significant seems to be our ability to think. To think abstractly, to plan, to think logically and come to true conclusions.

But again, if our brains are only physical, how can they do this?

Our brains, on the other hand, evolved via natural selection, which again doesn’t work via logic, but to increase our ability to survive and reproduce. It seems likely that basic prudent thinking, as exhibited by animals, would aid survival and so would arise from natural selection, but it is hard to see how higher cognition, especially abstract thinking, would aid survival.

It is a complex matter to analyse (see Reason leads us to God for a more thorough analysis), but it seems that logical thinking requires our brains to be controlled by more than physical laws.

So are humans no more than animals?

I am fascinated by the research into animal capabilities, and we cannot really predict what will be discovered in the future. But it does seem that the truth is either ….

Do we have a moral obligation towards animals? Is it morally acceptable for humans to eat animals, use them in research, hunt and kill them, or mistreat them? Should we treat harming animals as morally repugnant as harming humans?

There are arguments either way, and both views have their difficulties.

Some argue that since (they say) animals are not moral agents and are “lower” than humans, we have no moral obligations towards them. But it is hard to see the logic of this. A newborn baby, or even an unborn child, doesn’t have the ability to be a moral agent, and is less capable than an adult, but surely this makes it all the more deserving of protection. So couldn’t the same be true of animals?

Others say the differences between humans and other animals are a matter of degree rather than intrinsic, so we should value animal life like we value human life. But again, this seems to overstate the case. Should we value bacteria or cockroaches and not kill them because they are “life”?

So it seems that a middle view is most reasonable. We do have a moral esponsibility to avoid causing animal pain and to be sensitive to the feelings of “higher” animals, but we can’t really aim to protect all life all the time.

The question of how humans may be different to animals leads us into deep waters and interesting questions. However we conclude, it does seem that it gives us reason to question whether materialism is indeed true.