Sceptics have offered many reasons why they cannot believe God exists. This page discusses three of the most convincing arguments and the responses of believers.

The suffering and evil in the world and the difficulty of ‘seeing’ or finding God suggest to sceptics that he isn’t there or doesn’t care. But believers argue that the sceptics don’t understand what God is doing and so are basing their views on wrong assumptions.

Some sceptics argue that God, as usually defined, is a contradictory idea, and so logically cannot exist, but the arguments are based on arguable and very limited definitions of God, and believers are sceptical that we can know enough to make these judgments.

Could a good God create a world with so much evil?

The world is full of war, starvation, rape, racial prejudice, death, political dishonesty, aggression, natural disasters, suffering, etc. Sometimes the bad news seems to outweigh the good news. How could a good God have created a world that is in such a mess? Doesn’t this indicate that there is no God?

To assess this argument, we need to consider several questions relating to both human evil (the bad things people do) and natural evil (things that the world does that cause suffering):

Perhaps the only way to stop human evil is to take away people’s freedom of choice. But does anyone want that? Would you be willing to give up your freedom of choice to see an end to human evil? Is the amazing gift of life and freedom worth it all?

Living in a physical world

Danger and hurt seem to be inevitable parts of living in a physical world. Some people thrive on it, and would find life without risk a bit tame. Most of us find great beauty in the same world that throws up earthquakes and tidal waves. Perhaps we can’t have one without the other?

Despite the pain and anguish of this life, most of us hang on to life and cherish it. Surveys show that about three quarters of people in the world are happy. Despite all the arguments and doubts, do our actions say that life is good, and the good definitely outweighs the bad?

The argument that a good God could not create such a bad world depends on the world being really evil. If the world was just inconvenient or unattractive, all we could say is that God is not convenient to us – hardly a telling argument! But as we have seen (What is human?), it is hard to see how we can call anything truly right or wrong without God. So perhaps this argument against God may require him to exist before it can have strength?

But granted all this, couldn’t God have retained the good aspects (freedom, beauty) and reduced the bad aspects? Why did he allow it to be this bad?

The extent of evil in the world is very troubling

It is hard to escape the feeling that something is wrong with the world, and to blame God or disbelieve in a god because of that. But these questions take some of the sting out of the argument – it is logically hard to maintain the rage against God without a strong basis for our views about right and wrong, and in a world where we clearly gain such pleasure and joy.

God is not visible and sometimes the world doesn’t look like he created it, or that he takes an interest in it. If he really exists, and cares about us, surely God would show himself more clearly so even sceptical people could know he is there, and believe in him? This would allow them to enter into relationship with him, which must surely be the highest good for any human being.

Some sceptics find this a very strong argument. But believers can argue three ways:

Who says God is hidden?

Many believers say God is quite clear to them – he has guided them, comforted them, healed them, speaks to them or even appeared to them in a vision. So they say God may not be visible but he certainly is evident.

What is God doing?

This argument depends on the assumption that we know what God ought to be doing, i.e. making himself so obvious no-one could disbelieve. But perhaps God has another, deeper, purpose? Certainly many christians believe God deliberately acts in subtle ways to give us the precious gift of freedom of choice, so we are not coerced into belief.

This world vs the next

This argument also seems to assume that the ‘highest good’ of knowing God has to be realised in this life. But if there is a life to come, knowing God there would be an even higher good.

How do you react?

Like I said, some sceptics find this a very compelling argument – God couldn’t exist because he wouldn’t make it so hard for us to believe in him. But I feel that we cannot say exactly what God would do, and it is more logical to take the world as it is and ask if God could have done it this way. And I can see no compelling argument why he couldn’t have done it this way.

God is a contradiction?

More philosophically minded atheists suggest that a number of aspects of the christian God are actually self-contradictory, making it impossible to believe in him. A few examples (there are several others):

Are they really logical impossibilities?

The aspects of God used in the arguments are only human descriptors of a reality that is far beyond our thinking. Define them slightly differently and the problems can disappear. For example:

How much do we know?

With the scientific discovery of the big bang (the whole physical universe compressed to a very small point) and the ‘strangeness’ of quantum physics, it is a brave person who thinks they can say what is impossible for God. Who really knows?

Taking God seriously as a being beyond our full comprehension

Thus it seems to me that most of these alleged incoherences are mere assertions, with little evidence to support them. At best, these arguments don’t disprove God, but only show that we cannot fully express God’s character in human definitions.

How far do these arguments take us?

It seems to me that these arguments, collectively, throw some doubt on the possible existence of God. The problem of suffering and evil is a very real and harrowing one, and I don’t think theistic ‘explanations’ can adequately negate it. But I feel the other two arguments are far from compelling, though there is no doubt that some people find them very persuasive. 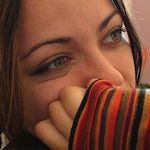 How do we sum up the evidence?