The science of cosmology has made enormous progress in the last century. We now know that the universe began about 14 billion years ago with the ‘big bang’ and has been expanding and changing ever since. And cosmologists have determined that, of all the possible universes allowed by the laws of physics, an impossibly small number would provide an environment where life could evolve, and very few would allow anything much to happen at all.

Thus our universe is amazingly unexpected. If there had once been nothing, you would not expect a universe to appear. And you wouldn’t expect it to be ‘just right’ to produce human life. So how did the extremely unlikely happen? The statistics show it’s beyond coincidence, so there must be a reason. One possibility, some would say probability, is that God created it.

Why is there something rather than nothing?

The universe began about 14 billion years ago. Space, time, matter and energy began in a tiny ‘singularity’ and have been expanding outwards ever since in what is sometimes called ‘the big bang’. In the process, different elements, stars, galaxies and planets were formed. Eventually life on earth began and evolved and the human race began to wonder how all this came about. (For more on the science of the big bang, see How did the universe start?)

But what caused it all? Was anything there beforehand? Science doesn’t appear able to answer these questions. The expansion of the universe can be tracked back to the singularity and ‘Planck time’, but not beyond.

Two attempts to get behind the big bang

Turtles all the way down?

Everything we see in the universe exists because some other things caused it, and that chain of causation goes back to the big bang. The universe we see today is contingent, it need not necessarily have been this way. So how did this chain of causation begin? There seem to be only two possibilities:

So was God the reason why?

It is extremely doubtful, mathematically and physically, that a beginningless sequence of events could lead to where we are now. But even if it could, we can still ask for an explanation of why. And it seems we are left with just two options:

The Cosmological argument develops this idea using formal logic, and argues that God is the only such cause, and thus is a more likely explanation than any other for why there is something rather than nothing.

The universe is ‘fine-tuned for life’

We can confidently say that the majority of cosmologists now accept that the universe is ‘fine-tuned for life’ 2. By this they mean that, of all the possible universes allowed by the laws of physics, an impossibly small number would provide an environment where life could evolve.

Theoretical physicists have developed mathematical equations which describe how the fundamental constituents of physical reality and their properties change, interact and rearrange. It turns out that about 30 fundamental parameters (sometimes combined together into a smaller number of composite parameters) define the way our universe has ‘evolved’. And if any of about a dozen of these parameters had been even minutely different, life couldn’t exist, and most likely the universe would either have long since collapsed or have become a thin gaseous soup.

Cosmologists have calculated the odds of a stable, universe which could support life occurring by chance, and the odds are astronomically against it. Luke Barnes: In the set of possible physics, the subset that permit the evolution of life is very small. (I have summarised some of the science and probability estimates in Science and the design of the universe.)

So again, was it God?

Cosmologists generally agree that the probability of all this occurring by chance are so small that another explanation is needed. The only scientific option at present seems to be (again) the multiverse. But this is, at best, a highly speculative idea that may possibly be inferred from a few of our current cosmological theories, and has no empirical support. Some say it cannot ever have that support.

And even if the multiverse is the correct explanation, it doesn’t explain the unlikely fact that such a ‘finely-tuned’ multiverse exists with all the right properties to generate a bunch of universes.

But again we have an obvious non-scientific answer – that the universe is fine-tuned for life because God created it that way. You can read about the formal logical argument that leads to this conclusion in The teleological argument.

So where does that leave us?

On both the questions of the cause and the design of the universe, we find that science doesn’t at present have any satisfying answers. But there is another type of explanation. If I put the kettle on the stove to boil water, we can explain the boiling in terms of the physics, but we can also explain it by my intention to make a cup of tea. The scientific and personal explanations don’t necessary preclude each other.

So whatever scientific explanations there may be, it still may be true that God purposed and created a universe for human beings to inhabit. But if science doesn’t have an answer, then the case for the existence of a creator God seems that much stronger. 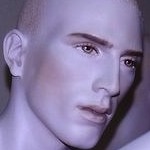 Are we just animals or robots made of meat, or are we “a little lower than the angels”?

1. From an old story about a person who believed the world isn’t just floating in space, but is supported on the back of a giant turtle. Asked what supported the turtle, the reply was “it’s turtles all the way down!”.