I examine a bunch of questions which help us decide what we think about Jesus:

I examine these questions based on the conclusions of the best secular historians (without any assumptions about the Bible being more than a collection of ancient documents), and believe that, while we cannot prove anything beyond doubt, his divinity is the most probable option for anyone who is open-minded about the existence of God.

Do we have the original writings about Jesus?

The main historical sources for the life of Jesus are the four gospels in the New Testament of the Bible. Like other ancient writings these would have been written on perishable material, and so all we have today are copies of copies.

With most ancient writings, we only have a few copies, so it is difficult to be sure if these copies are accurate compared to the original. But scholars have found more than 5,600 early copies of parts of the New Testament written in the original language (Greek) and more than 20,000 in other languages. Comparing the text of these copies enables scholars to check if errors or changes have crept in.

It turns out that there are about 400,000 variant readings spread across more than a million pages of documents, and the most common errors are single words misspelt, which can easily be identified and corrected. Most other variants can be resolved by comparison with the many other copies containing the same text. There are only about a dozen problem texts, and nothing of great significance is affected by the variant readings.

We can therefore be confident that what we read today is very close to what the original authors and compilers wrote. Textual expert, Prof Bart Ehrman:

To be sure, of all the hundreds of thousands of textual changes found among our manuscripts, most of them are completely insignificant, immaterial, of no real importance ….

Was there really such a person?

On this, the secular historians are almost unanimous. Using the same methods that they would use for all ancient history, the evidence that Jesus existed is overwhelming, because there are several independent sources for information about him (something not always available for ancient figures). Historian NT Wright:

The historical evidence for Jesus himself is extraordinarily good. …. From time to time people try to suggest that Jesus of Nazareth never existed, but virtually all historians of whatever background now agree that he did.

What can historians tell us about Jesus?

Scholars generally agree that 3 of the 4 gospels are examples of ancient biography – historical accounts of a prominent person, based on eye-witnesses if the person lived reasonably recently. (The status of John’s gospel is more disputed.)

Because (i) there are a number of independent sources, including some non-Biblical mentions of Jesus, (ii) the life of Jesus fits into a first century Jewish culture, (iii) there is evidence of some accounts having originally been written in Aramaic (the language Jesus spoke), and (iv) the gospels were written close enough to Jesus’ life for people to remember if they were grossly false, historians now generally accept that a lot can be known about Jesus:

… the dominant view [among scholars] today seems to be that we can know pretty well what Jesus was out to accomplish, that we can know a lot about what he said, and that those two things make sense within the world of first-century Judaism.

Are some of the stories about him legends?

Although some sceptics have claimed that most, or even all, of the stories about Jesus are legendary, almost all historians conclude that a large amount of the gospel material is historical, as outlined above. Scholars have now also been able to generally dismiss as fanciful older ideas that the Jesus story was copied from pagan myths – the background for them is undoubtedly Jewish.

The oldest and most reliable of the Gospels is …. Mark …. his best sources …. though abbreviated, were literally accurate accounts of incidents and sayings from the life and teachings of Jesus.

The key matters which still need to be considered are whether (i) Jesus performed miracles, (ii) he was resurrected, and (iii) he was divine.

Historians are almost unanimous that Jesus was known as a healer and exorcist. They are split into 3 camps regarding the reality of his healing: (i) some say it isn’t a question a historian can answer, (ii) others that God worked through him, and (iii) others that he was a ‘folk healer’ who performed healings by natural means.

Scholars are not fully agreed about how soon after Jesus’ life his followers came to believe he was divine and developed the christian doctrines about him. It seems that he was worshiped right from the beginning, and almost all agree that he was believed to be divine and “equal with God” by the end of the first century, but the majority view now seems to be that it was much earlier (probably within the first two decades). However doctrinal formulations of his divinity took a little longer.

Did Jesus claim to be divine?

Most scholars agree that Jesus didn’t make explicit claims to divinity. But his implicit claims are interesting. The following conclusions are based on Gospel sayings that are generally accepted by scholars as genuine:

Christians have regarded these as true claims to divinity, but obviously non-believers do not see them that way.

Have we misunderstood him?

The emphasis in modern scholarship is to understand Jesus in his first century Jewish context. So it is difficult to believe that scholars are wrong about all the above. Whatever our understanding of Jesus, it seems the evidence requires us to recognise that he made some strong claims about himself and his role in history. The question is, do we believe he spoke the truth?

Was he deluded, mistaken or a fraud?

We now move from historical ‘facts’ to personal interpretation of the evidence. We have seen that, if we follow the best historians, we must regard the gospels as useful historical sources for the life of Jesus, with very limited legendary material. As a result, we can know (as well as we can know anything in ancient history) quite a lot about Jesus’ life and teachings, and we can know what his followers believed about him. On this basis, it can be argued that only the son of God could do and say these things.

I would think few would argue Jesus or his followers were frauds, that he and they deliberately misled people. So was he mistaken, deluded?

In our culture, someone who believed they were God would be considered to be mentally ill. Some atheists say that anyone who believes in Jesus and God is delusional, which implies mental illnness. So it is hard to avoid the conclusion that if Jesus was mistaken about his mission, he was mentally ill.

Yet who believes that his teachings come from someone who is mentally ill?

Could he have really been divine?

The trail of possibilities comes to this. If Jesus really existed, if the gospels tell us, at least in reasonable part, accurate information about him, and if we cannot judge him to be delusionally mistaken, can we believe him to have told the truth?

This is the christian conclusion. And this constitutes another reason to believe in God, and Jesus who shows us what God is like.

The Son is the image of the invisible God. … For God was pleased to have all his fullness dwell in him. 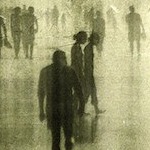 Suffering, evil and other reasons to question God’s existence

Main photo: I have been unable to find attribution.