Most christians and other believers think that God takes an interest in them. For many, this experience of God is an important part of their lives, and they would feel less secure if they didn’t have confidence that God was guiding and assisting them.

But is this really what happened ?

I have gathered reports of people who believe God has intervened in their lives, though miraculous healing, communication by speaking or vision, changing their lives or answering their prayers. This page summarises these reports and gives links to a fuller presentation of their stories.

People get sick or are victims of accidents that cause trauma and distress, and so they cry out to God for help. Often, nothing obvious seems to happen (though we can’t say for sure that God has done nothing, for he may well have assisted in a ‘natural recovery’). But sometimes God appears to have responded with an unusual healing.

Many claims of miracles are unbelievable, but I have searched for credible miracle claims, and found the following:

So we have a number of cases where an unusual recovery occurred after prayer for healing. This isn’t proof of a miracle, but if these weren’t genuine then they were remarkable coincidences. A probability estimation indicates that this evidence is enough to suggest that God has indeed been active.

When people say God has spoken to them, or they have had a vision of Jesus, we will reasonably want to question them. But there are cases where the person appears to be quite sensible, and tangible outcomes result.

Again, this is far from being proof that God exists, but it is surely enough to make us think.

Some people call out to God in times of great personal need, and find that their lives are changed dramatically as a result.

Belief in God also changes people’s lives in quiet and simple ways. Hundreds of studies show that religious belief and practices have benefits for the individual and society. This may surprise you, but Connor Wood, who is doing a PhD in science and religion writes: the data that religion has social and individual benefits is so overwhelming that saying that religion has no benefits is active science denial.

Benefits of religious belief and practice include lower levels of addictions, criminal and anti-social behaviour and suicide, and higher levels of physical and mental health, wellbeing and community volunteering. These benefits may have simple psychological causes, but they are consistent with God blessing the lives of believers.

But many prayers are not answered!

But it remains true that not all prayers are answered. Only a small percentage seem to be answered as directly as the cases presented here. Doesn’t that show prayer doesn’t really work, and these cases are just coincidences?

I don’t think anyone suggests that all prayers are answered, just that some are answered in ways that seem more than coincidental. And the number of prayers not answered (at least not in a dramatic and visible way) is not relevant to the question of whether God is there and visibly answers some prayers.

Take the example of a lottery. Only a few win prizes, and most people with a ticket don’t win. But counting the number of non-winners is of no relevance to the fact that some do indeed win.

What to make of all this?

The evidence is there for each of us to assess. Some will accept it without question just as others will never accept it or even investigate it. I hope you will want to consider it in more detail, by checking out the references below.

But is it proof of God?

Surely it isn’t “proof”, but I think it is a good indication. These events are more likely if God exists than if he doesn’t, and so, to an observer like most of us, they seem to make God’s existence more probable.

I find it convincing. I don’t know why God only answers some prayers, but I cannot believe it likely that all these stories can be explained naturally. 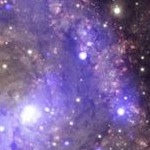 God and the universe

Does the universe point to God?