The UN declaration of Human Rights affirms the dignity and worth of every person, because we are endowed with reason and conscience. But is this true?

Modern neurological science is tending to reduce human beings to living machines, concluding that consciousness (our sense of self) and free will are illusions, and there is no true right and wrong. But it doesn’t feel that way as we look inside ourselves. So which is true? Are our brains fooling us, or is science unable to get to the truth about the human mind?

If we believe, like the UN, that humans are truly conscious beings with free choice, rationality and a genuine moral sense, how does that come about? If science cannot explain it, we have to look elsewhere. Theism can provide the explanation we need, so recognition of these human attributes provides additional reasons to believe in God.

The dignity and worth of the human person

The United Nations Universal Declaration of Human Rights affirms “faith” in the dignity and worth of the human person and declares all humans are endowed with reason and conscience and should act towards one another in a spirit of brotherhood.

Is this true, or is it just a legal fiction?

Why should we believe it?

In the past, human dignity and worth were often related to the christian (and other religious) belief that human beings are made in the image of God, a little lower than the angels (Psalm 8). But in an age when this belief is not shared by all, are there other objective reasons for affirming the dignity and worth of all people?

The UN Declaration alludes to several of these characteristics. It is not clear whether animals have any of these, but taken together, they seem to make human beings unique.

The traditional view of humanity considers all these attributes to be real. But modern science, especially neuroscience, has thrown them into question. Science is naturalistic, that is, it measures and observes natural processes, and has no means of measuring anything else, should it exist. And it is difficult to find a naturalistic basis for many of these attributes:

Naturalistic science and philosophy therefore tends to give evolutionary explanations for these attributes which reduce them to the subjective or illusory.

Thus, in trying to understand each of these human attributes, we seem to have two choices:

If we accept what science tells us, and believe there is nothing more than the physical then many aspects of life we have formerly taken for granted (e.g. choice, ethics, moral responsibility, justice, our sense of self) are without any scientific foundation and the qualities claimed for us in the UN Declaration are illusory.

You, your joys and your sorrows, your memories and your ambitions, your sense of personal identity and free will, are in fact no more than the behaviour of a vast assembly of nerve cells and their associated molecules.

This option is the conclusion of many scientists (e.g. most of the participants in the Moving Naturalism Forwards workshop), but it ignores our experience of being human and weakens the basis of ethics and human rights.

If we believe our experience of being human gives us true insights, then we may doubt that science explains everything about us accurately. There is more to being human than what physicalist science tells us, for there is more than the physical, and so naturalism is false. We do indeed have free will and cosciousness, rationality and a genuine (though impaired) moral sense.

This would be what most ordinary people believe, but cannot be established from physicalist science alone.

There is an implausibility in those who seek to reduce parts of [our] experience to the status of epiphenomenal, an implausibility repeatedly exemplified by our inability outside our studies to live other than as people endowed with free agency and reason.

Where does God fit in – or does he?

If we accept the first option ….

…. we will have to learn to live with these uncomfortable truths – we ourselves, and our ability to choose, are illusions, and there is no solid basis for our rationality and morals and our worth as human beings. This may lead to a loss of human rights and inhumane treatment of people, and may be very difficult to live out day-to-day. We will need to find new ways to reinforce behaviours necessary for peaceful societies.

However strongly scientists and philosphers argue for this view, I have difficulty believing that voters and law-makers will ever adopt it.

If we accept the second option ….

Since science is unable to explain these attributes, the argument goes, we must look for a personal one. A decision by God to create conscious, freely-choosing, rational ethical beings would provide the explanation for what science cannot explain.

Thus the case for God becomes much stronger if we believe these attributes are real, a fact recognised by the Stanford Encyclopedia of Philsophy (discussing the moral argument):

Those who believe that ethical statements are true and should be followed by everyone have to seriously consider whether this implies that God exists. …. For if there is no God, morality is a more perilous enterprise than if there is.

No-one can prove whether these four human attributes are as real as we exerience them, or are evolutionary illusions. But the belief we adopt will have significant effects on how we live.

And no-one can prove whether God created us with these attributes or they arose some other way, but the arguments for God seem strong to me. 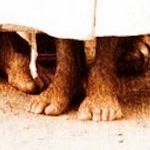 Does the life of Jesus give us good reasons to believe in God?