The scientific data quite definitely shows that the world is warming up, the last decade has been the warmest on record, and this has four clear effects:

We should be be concerned about these effects because they will seriously impact the economies and standard of living of those of us in the first world, and have devastating effects on many poorer nations. There will also be a significant impact on the natural world.

The effect will depend on where we live. For example:

Most of these problems will cost us wealth and amenity (possibly lowering annual income by 23% and thus significantly affecting standards of living), but western countries will generally have enough resources to cope.

It will be disastrous for some struggling countries

Climate change will have an enormous impact on many countries, and is probably already beginning to do so. For example:

Millions of people living in low-lying parts of Bangladesh will experience increased flooding due to changed monsoonal weather patterns, increased river flooding, sea level rise and worse cyclones. At the same time, drought will increase in many parts of the country.

I have a friend who spent several years in Nepal doing aid and development work, and he found that the summer rains are coming later and over a shorter period, increasing soil erosion and reducing the water available at the crucial stage for the crops. This is potentially disastrous for subsistence farmers in a poor country.

At the opposite extreme, drought, famine and devastation are no strangers to many parts of North Africa. Yet as climate change bites, there will be reduced rainfall across large areas of Africa, making the problems even worse.

Tuvulu is a small island whose maximum elevation is only 4.6m above sea level. Consequently it already suffers when king tides or storm waves hit, and it is predicted that it will become unlivable as the sea level rises, and flooding and salination increase. Maldives will be similarly affected.

As the oceans heat up and ice melts, habitats change. 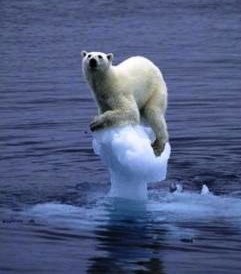 The polar bear is especially at risk. Polar bears live and hunt on the Arctic sea ice, but the Acrctic sea ice has lost 40% of its summer area in 40 years.

Unless effective action is taken immediately, it is predicted that summers could be sea ice free within a few decades. 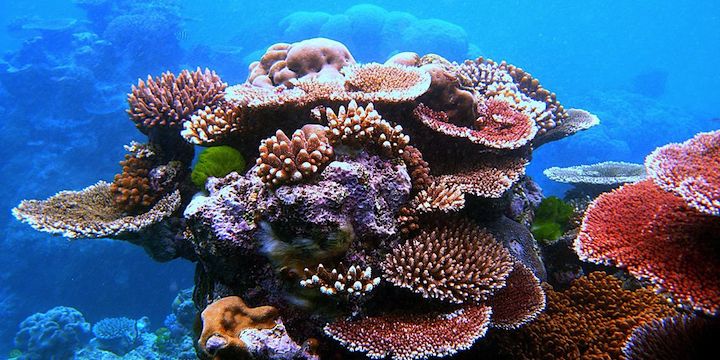 The Great Barrier Reef is a World Heritage Site, a coral reef 2,300 km long and the longest living structure in the world. It is home to thousands of different species of birds and marine creatures, including many that are endangered. It is an important part of local Aboriginal culture, and also generates $3 billion a year in tourism.

However all this is seriously threatened by climate change. Reef-building corals are highly vulnerable to rising sea temperatures (which cause coral bleaching), ocean acidification and extreme storm events, and the reef has lost half of its coral in the past 30 years. Famed naturalist Sir David Attenborough says the reef is in grave danger.

Large areas of the world are facing destruction by climate change, and millions of people face a bleak future. Those of us who accept that we have special responsibility to care for the poor, the weak, and the whole world environment, this future is intolerable.

Even if the cause of climate change was totally natural, it would be a natural disaster on an unprecedented scale, and compassion and justice would compel us to act.

But the scientific studies show that human impacts are the most significant cause (see Climate change: causes and remedies).

Concern for other people is at the core of christianity, so christians should especially feel the weight of these facts. That is why christian aid organisations like TEAR and World Vision are actively campaigning on behalf of poor nations for action on climate change.