Many people seem to be feeling weary right now. So many things are making them sad and alienated from the life they used to know. So many threats to the future we were hoping for.

Does God care? Why is he allowing these things to happen? Why doesn’t he help us, help me, out of the mess?

We’ve all just about had enough. Some are weary of lockdowns, masks and restrictions on getting out and about. Others are weary of the constant threat from those who won’t live in a way that doesn’t put others at risk.

We just want it to end, but we know it won’t end until the poorest countries are properly vaccinated. Until then, another variant may be just around the corner.

Nowhere is this stress felt more than in the medical community, overloaded during the pandemic, often under- resourced and not supported by government decisions, which have often been based more on the economy or election prospects than on caring for the wellbeing of citizens and health professionals.

We know the earth is warming. We know this will cause great harm if we don’t act soon. But governments refuse to act decisively enough. So many of us are weary from fighting for the necessary change for more than a deacde.

Sometimes weariness tips over into anger. Anger at the fossil fuel interests who, like the smoking lobby before them, are working so hard to delay action so they can keep making their profits while the world slowly burns. Like the smoking lobby, their actions will cause many deaths. And anger at the politicians who accept the donations and the influence, and do too little too late.

It seems that the world can’t go for more than a few years without some force or power threatening peace. Once it was the cold war and the threat of nuclear destruction. More recently it was terrorism which could threaten anyone anywhere.

And this year it has been the apparent but implicit Russian threat to invade Ukraine. Never certain but always possible, the uncertainty just ratcheted up the tension.

The US has just over 4% of the world’s population, but it casts a long shadow over the rest of us, economically, culturally (via media, internet, etc) and militarily. So what happens in the US matters to the rest of us.

So many of us watch with alarm at the threats to wind back democracy in the US, with voter suppression, gerrymandering, unsubstantiated claims of fraud by a President who values winning much more than truth, and threats of violence by over-weaponised groups of dissidents.

I can imagine many peaceful American citizens feel alarmed and anxious. And many of us outside the US feel weary of, and concerned about, the growing unreality.

There are many types of inequality. Unequal and unjust treatment of racial, religious and gender minorities. Inequality of opportunity, within and between nations. And somehow they all come down to inequalities of wealth.

It seems that the global gap between rich and poor countries has narrowed in recent decades, but this has mainly been the result of economic growth in China. In most countries, the gap between the rich and poor is wide and not changing much. 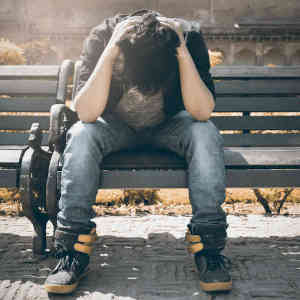 Assessments of the effects of all this on mental health vary geatly. Some studies find Covid hasn’t led to a long term decline in mental health.

But most reports indicate that a “worldwide epidemic of mental illness” that was already apparent pre-Covid is worsening, among school children, youth, healthworkers, and the general population, many of whom are experiencing “distress and loneliness“.

Meanwhile, climate grief is recognised as another threat to wellbeing, perhaps most especially among the younger population who will have to live with the fallout from our present profligacy when the “middle-aged white men with power” who are generally causing the problem will be long gone.

So what is God doing?

You may be surprised to know that God hasn’t confided in me or shared his plans! 🙂 But here’s my assessment.

A reason to disbelieve?

Some say God isn’t doing anything, because he’s doesn’t exist. After all, if he was a truly God and truly loving, wouldn’t he stop all the suffering?

This is an old argument, but still a powerful one. Christians offer answers, like suffering arises because God has given us the amazing gift of freewill, which we unfortunately misuse. But even though I believe that is true, it still leaves me feeling that couldn’t we have freewill and a little less suffering?

Is all this God’s judgment?

Some christians are quick to identify any adverse occurrence as God’s judgment on a sinful world or a sinful country. They tend to identify abortion, homosexuality, promiscuity and waning belief as the sins God is reacting to, but less often point to inequality, greed, materialism, economic oppression or racism.

But while there is support for such an idea in the Old Testament, Jesus said that several disasters in his day were NOT God’s judgment (Luke 13:1-5). The character of God as revealed in Jesus is loving, not hurtful.

On the other hand, we live in a physical world with clear physical laws, where actions have consequences. If the Chinese government had reacted more quickly and openly, and if governments and people around the world had responded more decisively and unselfishly, this pandemic would have been considerably less harmful.

The climate crisis is a result of inexorable physical laws meeting human greed and inaction.

And the threat of war in Ukraine, the attacks on democracy in the US and inequality around the world are all the result of human beings making ethically wrong choices.

So while I don’t believe the current sense of sadness and weariness is God’s punishment, I think it does point us to how the human race is not living in a way that God knows is best for us all.

We can conceive of a God who created the world and then sits back to see how we will do. But that isn’t the God christians believe in. The christian God is actively engaged in his creation, and with the people made in his image.

Many prophets and gurus have brought truth to the human race, only to be disregarded by many. The Old Testament prophets such as Isaiah, Jeremiah and Ezekiel are prominent among these, but I am happy to believe there are others outside the christian and Jewish tradition.

But pre-eminiently, christians belief God came himself to earth in human form, in the man Jesus, to not only tell us the truth, but to embody the truth and show us a picture of God himself. God got his hands dirty, even suffering execution as part of his plan. He cares that much.

And he left us with the notion of the kingdom or reign of God on earth – a community of followers, a force for good and a vehicle for God’s love to be released on earth. This movement has brought much good to the world, right from the earliest days when the christians valued women and children, and cared for the poor and the sick, in ways that no-one else did, and which were noticed by the society around them. And the good work continues, albeit too often sadly mixed with human frailty and some badly motivated christian leaders.

You and I can be part of that movement, as Jesus changes the world one person at a time, with the ripples going out from each one.

Not only that, God’s Spirit remains active in the world, caring for people, comforting, guiding in many ways, generally quietly and subtly.

We can ask for that help.

You might ask why is God changing the world in such a slow and quiet way? Why doesn’t he just put it right? But it seems God has give us the ultimate compliment of freedom and responsibility.

Changing a sad and weary world

Sometimes the first step in making change is to grieve what is being lost. Far from indicating a lack of trust in God, it is expressing what we believe God is also grieving over. Theologians call it “lament” and the Psalms are full of it. “How long?” the writers cry to God, how long until you deal with things?

So it is OK and right that we lament what is going on around us, and our part in the mess. And as we express those feelings, I believe God reassures us that he’s grieving over these things too.

And so we can be motivated to do something about it.

God has given us the task

God has given us the task of putting right what we can.

And he has given us the ability to carry out this task. The early christians rescued discarded babies from rubbish tips and adopted them, they cared for the sick during epidemics and they respected women, children, slaves and outcasts, who generally didn’t receive the same respect within the Roman Empire.

Since that time, christians have started hospitals and universities, supplied age care, medical facilities, schools and social welfare all over the world.

Now, when we are suffering from this pandemic, we have at our disposal technology to keep in touch, vaccines to give us greater immunity and medical facilities for those who still succumb. (Of course, these resources are not equally distributed, but we have the ability to provide greater equality if we were willing.)

Some good things are happening

In response to these teachings, or to similar values, it seems that many people are responding, for example:

So where is God?

It seems to me that God has been active during the pandemic and this time of uncertainty – inspiring people to act to support those who are suffering, re-orienting priorities and calling people into the work of the kingdom of God.

We may not see many spectacular displays of God’s activity, but the work goes on with all those who choose to follow Jesus’ teachings.

If you feel sad and weary

There are things we can all do to maintain our wellbeing in the face of Covid and climate grief. And there are places where you can receive care and assistance.

« Three lives changed!
God: how much do we know? »