Jesus calls those who follow him to care for those who are poor, suffering or marginalised.

This page is about a bunch of christians who are doing exactly that in an amazing way, right where they live. This is an example for any christian to seek to follow. It is also another pointer to the truth of christianity – because the practical outcomes of a belief are one indication of its truth (or otherwise).

What else would you do?

A bunch of idealistic and christian students graduate from University and wonder what they’ll do next. They want to do something that benefits the world and not just themselves.

They join local churches but find that their opportunities to serve are severely limited. They find that, sadly, most churches spend much more of their time and resources on keeping the church’s activities and building going, and far less on serving the community around them.

This doesn’t appeal or inspire. Being on the worship team or helping with parking are all well and good, but they feel called to something more. So they get together and talk about it. Eventually, in the summer of 2006, fifty of them left their conventional churches and started meeting in seven smaller house-based groups.

“House churches” can be as inward looking as conventional churches (though they tend to meet in less expensive buildings). But these house groups were different.

They started to work out their values, what was important to them. Serving the poor was right up there. Following the example of Jesus was the basis. 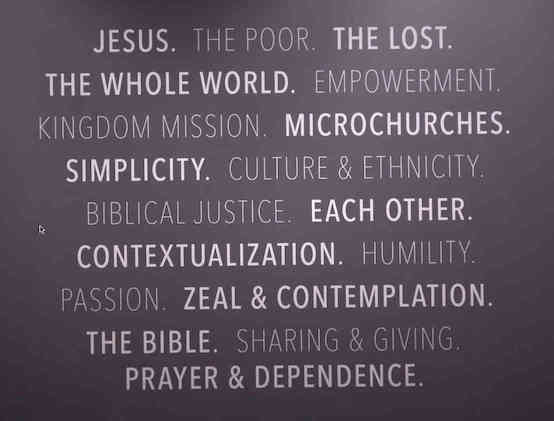 They pondered the possibility of trying to critique and move their churches in the direction they believed they should go. But they decided that would just be negative and critical. And so they began The Underground and set themselves to serve and make a difference. Many of them moved into poorer areas of their city to live in community with those they wanted to serve.

The Underground is a collective of “micro churches” or missional communities. Each one is a small group of people, generally meeting in homes, and sharing their lives with a section of their community who needs support. The lines between the groups and the people they are helping become blurred, and soon there is a community that supports each other.

There are now more than 200 of these microchurches, serving an astonishing array of communities:

Kindred offers an open home and hospitality to whoever wants to be part of it. Another group offers help for people in the adult entertainment industry.

The Timothy Initiative is a community for men recovering from addiction. It is led by a recovering addict who, throughThe Underground’s support, got his life back on track enough to regain custody of (and a close relationship with) his daughter.

There are microchurches that support the homeless, foster carers and single mothers. The Well serves the poor by providing food, running a drop-in centre, a place to be heard, and via a bike shop where they can learn the skill of repairing old bicycles and also end up with their own bike for cheap transportation.

Mama Africana is a collective where young black schoolgirls can be mentored and encouraged.

Created is a ministry to the sexually exploited, including prostitutes. Other microchurches support school kids, university students, musicians and artists. There are groups that advocate on behalf of the victims of human trafficking, and seek to support victims and survivors.

There is even a group in Haiti – Impact Global International – which promotes community recycling, turning waste into energy.

Two things we can learn

If you are new to the christian faith, or not yet a believer, The Underground story illustrates a better way to follow Jesus than most churches offer. It is hard to see how spending millions on a fancy building (as some churches do) when there are so many people in need, is the way of Jesus.

If we live in the first world it is almost impossible to live as simply as many in the third world are forced to live, but we can at least reduce our expenditure and our footprint and find ways to support people in need.

Some forms of religion clearly are poisonous. But not all are. And The Underground‘s christianity can only be admired as sacrificial and beneficial to the communities around the microchurches.

If it is legitimate to point out the failings of the church and criticise christian belief because of them, then it is also legitimate to highlight when christians live up to their belief in ways that offer a demonstration of the truth of their core belief in Jesus. 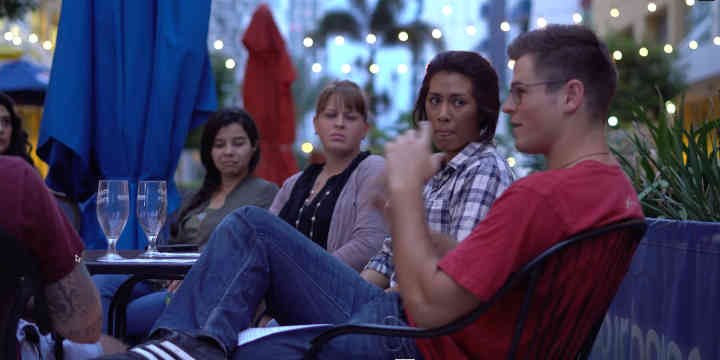 Main photo: a team from The Underground in Tampa Florida meets each Friday evening to share food and life to those on the street who need these things. All photos taken from the documentary film, Underground People.