Statistics show that many people brought up in one belief system, whether it be religious or atheist, change their beliefs at least once in their lifetime.

Many stop believing in the faith of their families, and so the percentage of people in most western countries who no longer believe in a God is growing. But perhaps surprisingly, studies in the US show that children of atheists are less likely (30%) to remain atheist than Christians (60%) or Muslims, Hindus or Jews (80%) are to remain in the faith they were brought up in.

I have collected stories of atheists converting to christianity, and you can find a number of them here. A few generalisations can be made from them:

Two atheist professors: Holly Ordway and Rosaria Butterfield were both Professors of English and strong atheists. They each became friends with thoughtful christians who built respectful relationships and explained christian belief in convincing ways. When they converted, their lives changed significantly.

The things we do for love: three atheists convert: three atheists enter into relationships with christians, which leads them to re-think their disbelief. Eventually each decides that the evidence is sufficient to believe and follow Jesus. But the next part of the story doesn’t always go quite according to plan. 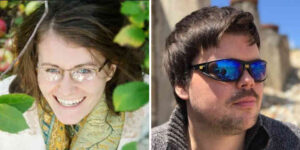 Converted by evidence: two atheists look at the facts and decide that the evidence for christianity stands up best. They both convert as a result.

A life-changing coincidence: a smart lawyer is on the way to becoming a judge when his marriage and life fall apart. The last thing he wants to hear is anything about God, but then a strange coincidence occurs ….. 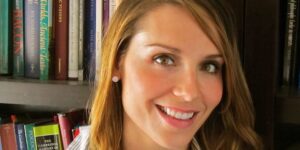 “The implications of my atheism were incompatible with almost every value I held dear”: an academic and secular humanist struggles to explain her ethical values – and decides that only christianity could explain it.

More atheists convert: five atheists who find themselves dissatisfied with their worldview and start to read up on alternatives. At ages from their 20’s to their 60’s, they convert to christianity.

A slow year’s journey into light: an engineer and atheist gets to 40 without giving God a second thought. But a challenge from a dinner guest and a lot of reading convince him that God is real.

An atheist legacy: he had educated atheist parents and a good education, but when his mother was invalided and his father committed suicide, he began to reconsider his atheism.