Being hurt or ill-treated is an unfortunate part of life. We can hurt others and we can be hurt by others.

And it can be easier to be angry or vengeful than to be forgiving. Our culture can encourage this. As the saying goes, “don’t get mad, get even!”

Most religions encourage forgiveness, at least in some circumstances. Whenever we pray The Lord’s Prayer, we ask God to “forgive us as we have forgiven others.” Unfortunately, followers don’t always make the choice to forgive.

Yet psychologists are discovering that forgiveness is better for us than anger. How does it work?

A hard lesson on forgiveness

Dr Everett Worthington is a psychologist who has specialised in the subject of forgiveness and written many books. In 1996 his mother was brutally murdered in her home and although the culprit was known, police bungles meant he was never convicted.

His initial reaction was deep anger and a thirst for revenge. But then he reminded himself that what he had written about forgiveness wasn’t just for everyone else. If he was going to overcome his anger and gain peace of mind, he needed to follow the steps to forgive the murderer and put the incident in the past.

Few of us, fortunately, have anything as hard as Dr Worthington to forgive, but all of us face how to deal with hurt and unfair treatment. How will we respond? Will we dwell on our anger and negativity? Will we seek revenge? Will we just try to forget the whole thing?

Or will we forgive and move forward positively?

What forgiveness is NOT

Forgiveness is a matter of our choices and our emotions.

Forgiveness and pardon are closely related. Forgiveness deals with our attitude towards someone who has wronged us – we choose to stop feeling resentment towards them. Pardon addresses the consequences of their actions – we no longer hold them accountable. When a hurt is purely personal, we can both pardon and forgive. But if a law has been broken, we can forgive but we cannot pardon because their action has consequences that go beyond ourselves. 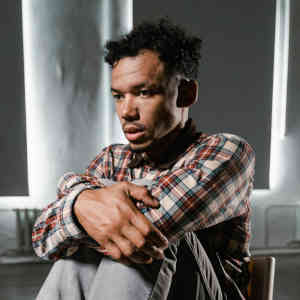 Anger, resentment and revenge can feel good. We can justify to ourselves feeling and acting that way. Why should we forgive? The other person was wrong.

Psychologists have found that these negative emotions have a harmful effect on our own wellbeing, whereas forgiving generally leads to more positive health and feelings.

Six good reasons to forgive others

It may be a surprise that some of these outcomes are related to forgiveness, but the research evidence is strong.

Forgiveness can work on a large scale

South Africans Nelson Mandela and Bishop Desmond Tutu showed that forgiveness can be effective on a national level, and doesn’t simply gloss over the wrongs. The South African Truth and Reconciliation Commission allowed victims to testify to the harm done to them during Apatheid, and for perpetrators to confess to their actions and ask for amnesty. The Commission decided to pursue forgiveness over prosecution, and restorative justice over retaliation.

The Commission is generally considered to have been a success (though some disagree) and to have successfully brought a sense of closure that enabled many victims, and the country as a whole, to move forward.

Some people find it easier to forgive than others do, but everyone can learn to forgive. There are various methods and therapies, and they seem to share the following four steps:

The experts say that if we persist, forgiving gets easier. And if we need help, forgiveness training is available.

Life skills to help us be forgiving

Psychologists have found that we can make it easier to be forgiving people if we develop certain skills and attitudes.

We can change our perspective:

Often we are our own harshest critics. (I know I am!) So we need to learn to forgive ourselves rather than carry guilt.

This can involve recognising our humanity and not allowing our mistakes to take away our self worth. It can be helpful to ask for forgiveness from anyone we have wronged, and from God. 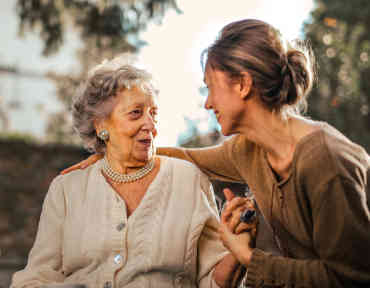 Being forgiven can also have great benefits for the person who caused the problem. Forgiveness can take away much of their feeling of shame and guilt. It can restore the relationship, if the hurt wasn’t grievous. These things can all help the person receiving forgiveness recover their self worth.

Of course, it isn’t likely we’ll know we have been forgiven unless the other person tells us. And that is more likely if we say we’re sorry and ask for forgiveness. So it all works best if both parties have a compassionate attitude.

But even if the other person doesn’t accept our apology and refuses to offer forgiveness, we can always tell God we are sorry and ask him for forgiveness. God’s forgiveness is very important as it puts us in a good relationship with him.

Forgiveness has a part in most religions and is a core element of christian faith.

Christianity teaches that we all need forgiveness from God for things we have done that we ourselves know were wrong – times when we have chosen wrongly and behaved badly. These things form a barrier between us and God, just as bad behaviour can break up human relationships. Thankfully, since he is a God of love, he is very willing to forgive. But this is where it gets a little strange.

Forgiveness has been defined as goodwill towards the person who has committed the wrong. Now a loving God clearly has goodwill towards us, so it seems that his forgiveness is already freely given. But we still need his pardon, that is, his putting aside of any judgement against us. So we need to admit our failures and ask for forgiveness and pardon so we can receive the blessing of release from guilt and shame, and restoration of our relationship with him.

The other strange thing is that God’s forgiveness is somehow bound up in Jesus dying. There are various theories about how this happens, but classic christianity includes the belief that “Jesus died for our sins”. So belief in Jesus and his death for our sake, and following him as our teacher and guru, are essential aspects of christian faith.

But once received, God’s forgiveness works similarly to human forgiveness – our relationship with God is established or restored, our sense of guilt and shame can be put aside, and we can live our lives with purpose. And we can have hopeful expectations of a future lived with him, now and into the life to come. You can read more about this in Following Jesus: first steps.

Thus christian faith helps our wellbeing in all the ways we’ve seen forgiveness works. If we follow Jesus’ teaching, we free other people from their guilt, and we help ourselves to be emotionally, mentally and physically healthy.

Studies also show that christians tend to find it easier to forgive others because they know we have already been forgiven by God. We can follow the steps outlined above to help us forgive someone, but we can add several other helpful options:

Almost 50 years ago, 10-year-old Chris Carrier was kidnapped, shot in the head, and left to die in the Florida Everglades. Somehow he survived and after lying unconscious for six days he woke up with a headache, was found and taken to hospital. In addition to the bullet which damaged his eye, he had been poked with an ice pick and burned with a cigarette.

The police found a suspect, David McAllister, but Chris was too uncertain to be able to identify him, and the case went cold. Chris subsequently came to recognise McAllister, but for some reason didn’t tell police.

Twenty years on, McAllister was frail, blind and in his seventies in a nursing home when police interviewed him again. He admiited to the kidnapping but not the murder. Chris, who was a committed christian in his thirties, found out and visited McAllister to offer forgiveness. McAllister was touched, admitted shooting him and apologised.

Chris Carrier visted David McAllister regularly for a short period, and took care of him and read the Bible to him. A friendship developed until McAllister died shortly afterwards.

“It wasn’t hard for me to show compassion, given his circumstances,” Chris said, “I moved on. This event did not haunt me all my life.”

Chris Carrier didn’t allow hatred or anger to burden his life. When he had the opportiunity, he showed forgiveness and gained the rewards of a peaceful and purposeful life, and the ability to help a lost and lonely man find some sense of acceptance before his death.

Years later, Chris was interviewed about his experiences.

The science of forgiveness

Main photo by Ketut Subiyanto. Other photos by MART PRODUCTION and Andrea Piacquadio.